“The Swan” is a coming-of-age drama that’s as beautiful and brutal as the remote, rural landscape of northern Iceland where it takes place.

The debut feature from writer/director Asa Helga Hjorleifsdottir offers several fascinating contradictions within its seemingly familiar framework. Based on the novel by Gudbergur Bergsson, “The Swan,” tracks the journey of a nine-year-old girl whose parents send her to live with relatives for the summer in a place that’s the complete opposite of everything she’s known. In theory, this will be a nurturing experience, a time to mature, grow and learn life’s lessons in a warm, protective environment.

That is … not exactly what happens to Sol (Grima Valsdottir), whose steely looks and stoic demeanor make other kids think she’s weird. We learn vaguely at the start that she has stolen something, and that she’s being shipped off to her great aunt and uncle’s farm to work the land as penance.

“You were so good when you were little,” her mother laments softly during the girl’s last moments at home. “I’m still good,” Sol replies. “Sometimes.”

Working with cinematographer Martin Neumeyer, Hjorleifsdottir quickly and evocatively depicts the sounds and textures of this wild, stunning country. Waves pound black rocks near Sol’s coastal home. Sand dots tangles of seaweed. Wind blows through her long, blonde tresses. The topography shifts drastically when she steps off the bus alone in the middle of nowhere, with severe, jagged mountains stretching to the clouds and streams winding through expanses of tall grass and scrub brush. It’s an unforgiving playground that she’ll have to navigate (mostly) on her own.

Sol’s great aunt (Katla Margret Porgeirsdottir) and uncle (Ingvar E. Sigurdsson) put her to work first thing the next morning, figuring that occupying her time with the chickens, cows and horses will keep her mind off her homesickness and generally do her some good. But Hjorleifsdottir likes to linger in the quiet spaces in between, as Sol peruses her new, unfamiliar surroundings: an old book on a shelf, or a dead fly on a dusty windowsill. Whether she’s inside the modest home or out in the vast expanses, Sol’s loneliness is palpable.

But bursts of emotional intensity punctuate the film’s wispy, impressionistic tone. Helping with the birth of a calf is scary but exciting for Sol and for us, since we’re seeing the world through her perspective. (Later, however, that animal’s fate serves as a clunkily literal example of loss-of-innocence symbolism.) And soon, the farmers’ daughter, Asta (Puridur Blaer Johannsdottir), returns home unexpectedly from university in Reykjavik, radiating big-city bravado and shaking up the status quo. That includes the effect she has on the hunky but soulful farmhand Jon (Thorvaldur David Kristjansson), who’s worked this land for the past seven summers and who has some sort of romantic past with her.

The mere presence of the rugged, twentysomething Jon has had an impact on innocent Sol. First of all, they’re forced to share a bedroom, an inappropriate arrangement that lends a steady source of tension. But then, Sol becomes emotionally entangled in whatever is going on between these doomed lovers. And in time, the stories Sol tells herself to pass the time—a mix of Icelandic folklore, recounted dreams and the people and places surrounding her—begin to blend into one, resulting in a heightened feeling of reality.

Hjorleifsdottir’s film is evocative and intimate, and it’s exciting to see her shirk the formula we’ve grown accustomed to in all those summer-that-changed-everything movies. But within its lyricism and daring, “The Swan” might be a little too vague, too languid. The quietly confident Valsdottir reveals Sol’s maturation as a steady blossom that offers no pat answers and isn’t obviously satisfying. But by the end, there’s a glimmer of hope for her out there on the horizon in those nightless skies. 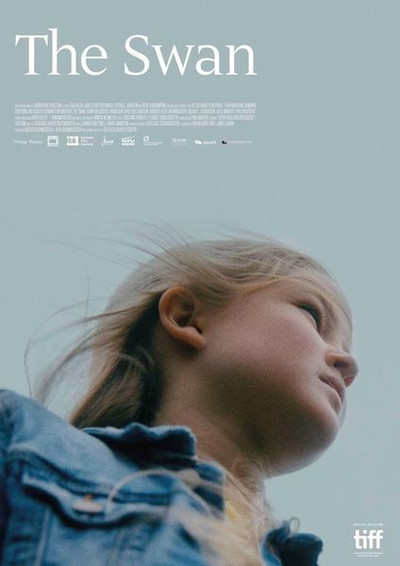