Sean Harris has always had a fascinating screen presence, one that’s slightly unstable and unsettling. He swallows some lines in a half-whisper and makes great use of a hollow, vacant stare. There’s something haunted about the characters he plays. And he makes great use of that skill set in Thomas M. Wright’s taut and effective “The Stranger,” which premiered at Cannes back in May and snuck its way onto Netflix last week with almost zero promotion or fanfare. It’s worth seeking out.

Harris plays Henry Teague, a man who the first few scenes set up as the protagonist of this Aussie true story only to then turn the tables. Mild spoilers will follow, so come back later if you know absolutely nothing about one of the largest undercover operations in the history of Australia, but this is a film that settles early into a procedural investigation of a vicious criminal. It turns out that Henry is the main suspect in one of the most notorious missing person cases in the history of Australia, and he’s being pulled through the film into a massive sting operation to finally put him away.

It starts with what Henry thinks is a random encounter with a man on a bus who offers him an opportunity. At first, it seems like Henry is about to get involved in a criminal underworld that could get him in serious trouble. He keeps asserting that he doesn’t “do violence,” but agrees to meet some mysterious people, including one named Mark Frame (Joel Edgerton), who is actually an undercover cop. Mark gets closer to Henry even as it’s revealed that everything that’s happening is really a set-up to trap a man who the authorities are convinced has murdered a child. It’s a brilliant operation, one that basically places a criminal into an amoral enterprise, relying on the fact that he will be so comfortable within it that he will say or do something that will incriminate him, especially to the criminal higher-ups who will demand to know everything about his background. (It’s also worth noting that a confession obtained this way is legal in Australia and wouldn’t be in the United States.)

Wright, who also wrote the film based on the book The Sting: The Undercover Operation That Caught Daniel Morcombe’s Killer, deftly moves back and forth between the growing connection between Henry & Mark and the other aspects of the investigation by Mark’s colleagues, including an effective Jada Alberts as the lead detective. Working with editor Simon Njoo, Wright assembles a film that’s largely straightforward but cut together in a way that makes it more unsettling. There are startling jump cuts and dream sequences that get under your skin, conveying how befriending a child killer could destroy someone from within. Oliver Coates’ score also works to alter our perception of the crime drama elements, making the whole thing more like a waking nightmare than an episode of “Criminal Minds.”

The craft elements of “The Stranger” are enabled by the character work of Edgerton and Harris, who very purposefully share a mumbling beard aesthetic. These men are supposed to be similar in body language and appearance, not only so Henry will open up to Mark but to make the detective’s journey into the dark side more terrifying. He doesn’t have to become a monster like Mark, but he has to befriend one, and Edgerton expertly conveys the fractures that would create in one’s psyche, making one almost a stranger to himself.

Netflix has an increasingly bad habit of burying projects, notoriously making them hard to find on the home screen even on the day they’re released. “The Stranger” seems to be breaking through as it’s ranked in the top ten over the weekend since its release. It’s nice to see something worthwhile break through the crowd of familiar faces. 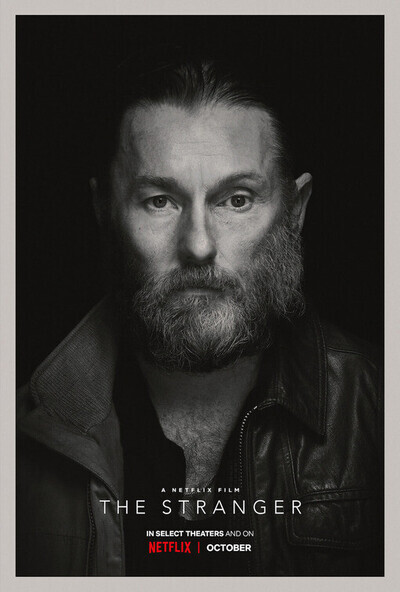