Diane Kruger is as inscrutable to us as she is to her fellow Mossad agents and the asset she seduces in “The Operative,” a solidly crafted if forgettable espionage thriller.

Writer/director Yuval Adler has made a sturdy yet only intermittently suspenseful film out of the novel The English Teacher by former Israeli army brigadier general Yiftach Reicher Atir. He jumps back and forth in time between the disappearance and sudden reemergence of Kruger’s Rachel and the events that got her sucked into her mission in the first place. Along the way, he creates a vaguely intriguing character study and some legitimate moments of anxiety, but the overall sluggish pace and prevailing feeling of ambiguity ultimately make “The Operative” an unsatisfying, frustrating experience.

Kruger gives a quietly intense, steely performance, though. Even though she’s been transformed into an intentionally plain figure with bland, chestnut hair and no makeup to blend in, she can’t help but exude a striking screen presence. And she is afforded glimmers of a personality beneath her character’s opaque façade -- a glimpse into the difficult childhood that prompted her character to lead such a restless life, a rare smile while drinking and dancing at a party. But mostly she is all business, and a slow, steady tension eventually emerges as she increasingly finds herself in over her head.

Martin Freeman serves as our conduit into this shadowy world as Thomas, Rachel’s former handler, who receives a mysterious phone call from her at the film’s start. (Adler gives us an early taste of much of the film’s energy and visual style by opening with a long tracking shot, following behind Thomas as he goes for a sunrise jog.) Hearing from Rachel for the first time in a long time gives Thomas the convenient narrative opportunity to revisit her file and discuss her history with his colleagues, as well as explain to us in voiceover who she is and how she came to join the organization. Why she would choose to place herself in this kind of danger specifically as a member of Mossad isn’t totally convincing, beyond the fact that she has a knack for languages and not much of a family or personal life to tie her down to any one place.

Rachel’s key assignment was to travel to Tehran and pose as an English teacher; her real job was to infiltrate an electronics company as part of a plan to sell defective nuclear technology with hidden tracking devices to Iranian intelligence. Along the way, she becomes romantically involved with the company’s founder, Farhad (Cas Anvar), who’s handsome, wealthy and a little rude at first. But in no time he’s flirting, telling her in conspiratorial tones that Tehran is full of secrets and taking her to underground parties pulsating with dance music, drugs and scantily dressed ladies. Anvar is charismatic individually, but he and Kruger have little chemistry with each other, mostly because Rachel is such a guarded figure. But because she’s also such a cool liar, we never fully know whether she has actual feelings for him or it’s all part of the game.

And yet, she’s not a robot. As she makes mistakes and gets a little sloppy here and there, the humanity she reveals is intriguing. We see panic but also decency, even when she’s committing the cruelest acts. This is especially true during a crucial, terrifying sequence in the mountains, when she’s been tasked with driving a truck full of weaponry over the Turkish border to meet up with a contact. There’s miscommunication and a language barrier, and the fact that she’s the only woman surrounded by men she’s never met in the middle of nowhere significantly raises the level of fear.

But then “The Operative” just sort of … ends. And with that abrupt conclusion comes the realization that perhaps we never knew this character at all, as well as a shrug. 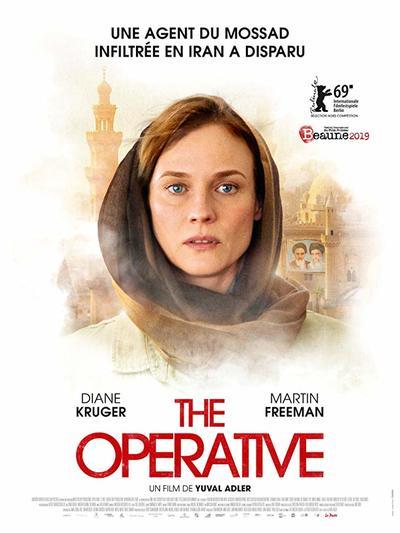