The Loves and Times of Scaramouche

In Variety, the showbiz trade paper, it's known as a "product shortage." Variety can afford to take the lofty view. But to the hapless moviegoer parting with his dollars, what we're going through right now is an epidemic of terrible movies. The Christmas releases have all come, and most of them have gone. The big Easter movies won't open until April 9. And in the meantime, exhibitors are showing movies they know in their hearts are trash. Here's a typical specimen: "The Loves and Times of Scaramouche." I can't say I wasn't warned. "This movie is incredibly lousy," the ticket-seller told me cheerfully. "Are you really going in to see this crap?" asked the friendly ticket-taker. And just after I'd settled down in the dark and taken my coat off, a fellow moviegoer somewhere in the theater yawned loudly and drew applause.

"Scaramouche" is the sort of film that sits on the shelf for months, even years, until movies get so scarce that it finds itself on a release schedule. Maybe it wasn't even intended to be released, but functioned primarily as a tax shelter. Everyone making the movie gets paid, the investors get their write-off and who cares if the movie's ever seen? In this particular case, the best parts of the movie are on exhibit in the current Playboy, which has a photo layout on Ursula Andress. Buy the magazine, save the price of admission and get an interview with Jerry Brown thrown in free. The movie looks like a third-rate rip-off of Richard Lester's "The Three Musketeers," a second-rate movie to begin with. It stars Michael Sarrazin as the swashbuckling Scaramouche and Miss Andress as the Empress Josephine, and it has one of those peculiar budded-in-Europe sound tracks that sounds as if everyone's in the next room. Complex plot points are made in dubbed dialog during long shots, so you can't see which character's lips are moving. And during the stirring sword fight scenes, of which there are a great deal too many, the sound track effectively kills any possible excitement by giving us songs sounding as if the Swingle Singers had mated with Muzak. I didn't stay for the whole movie, which is sort of unusual; I like to sit through even the worst films in the hopes of finding things more atrocious than I've already seen. With something like "Tidal Wave" or "One Billion Years B.C." there are likely to be laughs even in the awfulness of the material. But "Scaramouche" had such a deadening quality - it was so lacking in energy and invention and wit - that somehow I knew there was no hope. As Variety would also put it: "Midway through pic, scribe ankled." I learned one thing, though: Few bad movies are so dreadful as a bad movie that's supposed to be funny. With a bad movie that's supposed to be serious, there's almost always something to laugh at (like Lorne Greene in "Tidal Wave," solemnly informing the UN General Assembly, "If 90 million human beings are drowned, that would be a great tragedy"). But when we're supposed to laugh, when hammy Italian actors are rolling their eyes at us and chasing each other around with barber's scissors and falling into carts full of watermelons, what can we do but despair? There are, 17 shopping days left until April 9. 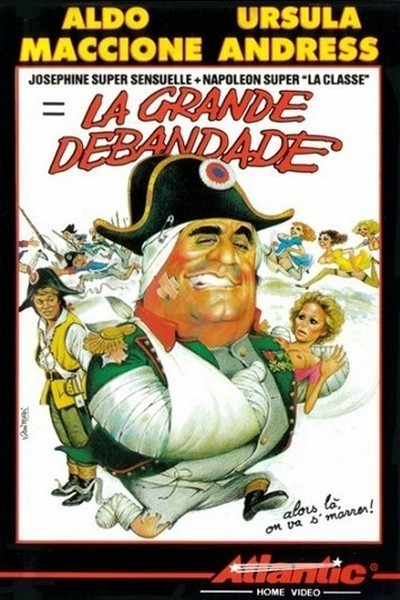 The Loves and Times of Scaramouche (1976)