In movies, stepmothers always seem to have a rough go at joining a new family. They tend to be the villains of a story, arbiters of cruelty and unwanted change, a character perhaps best personified by Disney’s “Cinderella.” Should the poor soul actually want to connect with her new family, she has the impossible task of facing many emotions and prejudices against her. She will likely already be seen as the enemy by default.

Although not officially a stepmother yet, Grace (Riley Keough) wants to take care of those hard feelings against her as soon as possible. She volunteers to spend more time with her boyfriend, Richard (Richard Armitage), and his children (Lia McHugh and Jaeden Martell), who are still mourning their mother’s (Alicia Silverstone, in an extremely brief appearance) suicide months ago, over the holidays in a remote cabin. Predictably, they reject her, but when their father has to leave them in her care, the brother and sister team decides to show her how they really feel about Grace’s connection to their mom’s death and her checkered past in a cult. Unfortunately, Grace loses her grip on reality and falls into an ending that seems too cliche, too simple for what the movie looked like it was set to deliver.

The kids are fiercely protective of their mom’s legacy, and most of the movie sides with their point-of-view. For Grace, their mother’s presence haunts the lodge both in spirit and through Catholic iconography, perhaps driving her to feel guilty about ruining the parents’ marriage and as the children see it, leading to her suicide. There’s also the added torture of all those crosses that bring back awful memories from Grace's cult days.

Directors Veronika Franz and Severin Fiala teamed up with co-writer Sergio Casci for this suspense thriller. And like Franz and Fiala’s previous film, “Goodnight Mommy,” “The Lodge” plays on our fears of losing our connection with our parents. In that earlier movie, two brothers wonder if the woman recovering under bandages over extensive plastic surgery is really their mother when she begins to behave erratically. Eventually, their paranoia intensifies into a destructive crescendo. In “The Lodge,” the children are predisposed to mistrust their dad’s new girlfriend, and they similarly torment her to a point of no return. So while “The Lodge”' has some new features added in for scares, like Grace’s cult background and her mental illness, it essentially feels like the English language remake of their own foreign language horror film.

There is much to admire in “The Lodge,” especially when it comes to Keough’s performance. Her stoic face is too difficult for the children or audience to properly get a sense of her intentions. Does she really want the chance to bond with them or is there something more nefarious behind her muted expressions? But as the twists and turns begin to unravel, the niceties wear off, and Keough brings an appropriate amount of unpredictability to the part.

The design of the namesake lodge is another one of the movie’s strengths. It would be easy to point to the rustic homeliness of “Hereditary” as inspiration, but Franz and Fiala already had their eyes on using architecture to create an early sense of unease. In “Goodnight Mommy,” the home has a contemporary modern look with clean lines, minimalist designs and many windows. It’s a home that feels too big for its young protagonists, almost like a monochromatic labyrinth that deceptively keeps them trapped inside. Conversely, the setting of “The Lodge” is claustrophobic, and the expansive outdoors seals them in with a snow storm. Through the lens of cinematographer Thimios Bakatakis, the wood looks a little too dark, the angles seem too sharp, and the light outside more bitterly cold than normal. There’s something off about this place—as if none of the characters should be there at all. No matter how brightly the fireplace burns, the lodge never warms up.

Overall, Franz and Fiala perhaps play things a little too safe with “The Lodge,” not straying too far from a formula they know has already worked before. “The Lodge” is more disturbing than scary, with its eerie ambiance and chilling plot handling most of the scares. The film’s terrors come not from an outside or supernatural force but the cruelty that even children can carry. 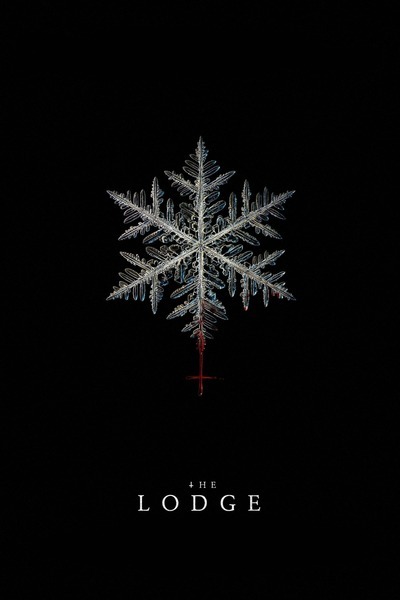