The “land” to which this movie’s title refers is not a plot of arable property. No, it’s the diminutive of Cleveland, lately the site of the Republican National Convention, dubbed by some wags “the mistake by the lake,” a site where ostensibly the heart of rock and roll is still beating, and the non-virtual site of the actual Rock and Roll Hall of Fame, such as it is. But seriously, Cleveland doesn’t get enough credit as a seminal place in American culture—it did after all spawn Ghoulardi and Pere Ubu, whose respective impacts are still felt today.

None of those aspects of Cleveland, I should make clear now, are made manifest or even alluded to in this movie written and directed by Steven Caple Jr. Nevertheless, it’s good to see this great American city that’s rarely depicted in movies set and shot here, even if the film is about the poor and desperate underside of that city.

Young skateboard enthusiast Cisco (Jorge Lendeborg, Jr.) is flunking out of trade school, but he’s got his sights set elsewhere, as do his three similarly slack-seeming pals Junior, Patty Cake, and Boobie. (“You’ve got one more year to be a certified welder,” a school counselor tells one, and he looks as thrilled by the news as you would.) They are trying to break into tournament boarding, but the entry fees for even small-time events are beyond the means of these poor kids. So they’ve taken to boosting cars and selling them to a tightwad chop-shop operator. It’s dangerous business, and Cisco feels bad about it, largely for moral reasons. He’s got a firsthand glimpse of what the shadow side of life can do to a person, having lost his mom to a drug overdose. When he and his buddies find a stash of very high quality “molly” in the trunk of one car they steal, it’s decision time. Cisco decides to sell off the drugs.

I know what you’re thinking: it’s always stealing the wrong car from the wrong person, who’s always got a large amount of the wrong thing stashed in the car. And it’s true: “The Land” won’t win any awards for originality of premise. And the movie, after that premise comes into play, tends to meander more than a suspense story ought to. It meanders for the best reason, though, which is to help the viewer get to know the characters, including that of “Momma,” the drug queen who also has local renown as a food truck entrepreneur, played by Linda Emond, the Tony-nominated actress who’s also a compelling feature of “Indignation,” also opening this week. Soundness of rationale notwithstanding, Caple doesn’t always achieve his aim. Some folks in Cisco’s world do register strongly: his self-righteously sober quasi-stepdad, played by Kim Coates, and that fellow’s streetwalker companion, a raw Erykah Badu. Michael K. Williams is his usual striking self as the father of one of Cisco’s crew. But other stuff fares less well, including the material concerning the diminutive Junior; his character’s bearing and circumstances make him an instant cliché, despite actor Moises Aria’s best efforts to bring him to life.

Caple also has a tendency to show his influences on his sleeve, as with a shot from the point of view of the inside of a car trunk. But I’m giving this movie a recommendation anyway, because the talent on display is not insignificant, both in front of and behind the camera. And also because Caple brings his perhaps familiar narrative to an unexpected, and to my mind refreshing, conclusion. He’s a filmmaker worth watching, here and in the future. 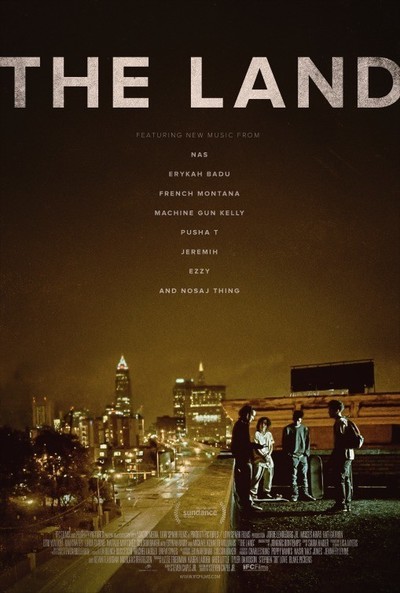