The Lady and the Dale

“The Lady and the Dale” tackles its wholly enigmatic subject with a sharp intelligence, down to initially selling it as a true crime story. In the first five minutes, you get a sense that that this is going to be a docuseries about a gas-efficient, three-wheeled car in the 1970s named The Dale—a business plan that barely got off the lot, with millions of dollars taken from investors. The controversial project was spear-headed by a woman named Liz Carmichael, who was revealed by media to be a fugitive from counterfeit charges under her previous identity as a man named Jerry Dean Michael. That’s the salacious angle that the media took with such a story in the 1970s, and this increasingly great docuseries from co-directors Nick Cammilleri and Zackary Drucker works at correcting that. America underestimated her, and this docuseries does not. You will not get just the headlines here, because those were determined by transphobic men. Instead, "The Lady and the Dale" is a richer portrait that never tells you exactly what to think, but it will convince you that you should know all about about Liz Carmichael and all that she represents.

Told over the course of four hour-long episodes, the docuseries wrestles with a complicated life but treats it with a vital balance of awe, humor, and nuance. It includes so much, and in no particular order: a deeply heartfelt depiction of Carmichael's transition, a murder, an endless amount of getaways, a flower business, Tucker Carlson’s equally poisonous father, the history of transphobia in the American media, Liz's reputation as a loving mother, a huge court case about whether the car was a scam, an episode of "Unsolved Mysteries," and many more. To give the direct story here is to mislead when recommending, as the docuseries is about evolving one’s perspective over the course of some wild developments. Its fourth episode is the best, especially for the deeper understanding it seeks to create about Carmichael and her personal politics as a tried-and-true Libertarian, who very might well have been better supported in modern society. At least in the past, she was able to move with her family from state-to-state, eluding authority because there was no such thing as Google.

One of the docuseries' brilliant ideas is to use paper cutout reenactments in its chronological storytelling—it matches the enigmatic tone of this overall story, and from a practical approach it creates a constant sense of movement. Carmichael's saga comes to unpredictable life as photos are used with bodies and photographed backgrounds, coupled with select audio clips of her voice in interviews. There’s never the distraction from a docuseries using the same photos, creating a redundancy that leads to an emotional distance. Instead the style here keeps you more engaged, if not hopeful that other documentarians are taking note.

“The Lady and the Dale” is almost more about the people around Carmichael’s life than it is her—she’s represented in voiceover moments (letters read by Gillian Cameron), but it’s greatly informed by the people who were subject to a presence that can easily described as powerful. Her children and grandchildren depict her as a loving mother, but also wrestle with how living with someone constantly on the run from the law gave them their own hazy backgrounds. “I can’t fill out an application,” says her son Michael.

Or there’s the people behind The Dale itself, the three-wheeled car that Carmichael thought would make for tough competition against the "Big Three" in Detroit, Chrysler, GM, and Ford. Instead it leads to a massive trial concerning fraud—and Carmichael had to represent herself, trying to prove her intent to a media circus. She has engineers who swear by the car, and in the series’ interviews (especially in episode two, which is all about The Dale), they talk about it as if they were on the precipice of genius. Sometimes “The Lady and the Dale” has you thinking that it certainly was a con, to some extent, given Carmichael’s previous criminal history and the way she was always on the run from the law. But even if it was, there are so many parts to Carmichael’s life that warrant a deeper understanding.

“The Lady and the Dale” has a great deal of affection for Carmichael, specifically because it does not want to provide easy answers. Instead, it wants to give Carmichael life when so many previous news reports (shown in the docuseries, prepare yourselves for much booing and hissing) dead-name her, or treat her story as the real-life version of a trope about transgender people being deceitful (seen in numerous movies, and analyzed in the Netflix documentary “Disclosure: Trans Lives on Screen,” which also features gender theorist Susan Stryker). Cammilleri and Drucker counter these ideas by giving the audience what feels like every part of Carmichael's saga, including so many juxtaposing viewpoints on her. The overarching, constant idea is that Liz was indeed brilliant, but you had to live in her world. How powerful to see a docuseries that deeply reminds the viewer just how complicated someone's honesty and goodness can be, even if they have a long criminal record.

Premieres on HBO on January 31, with a new episode each Sunday. 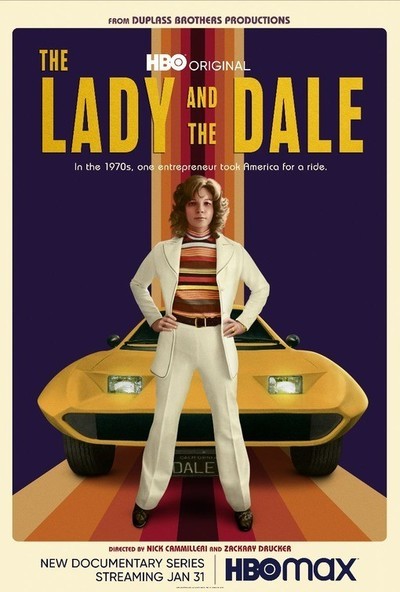