The Killing of Two Lovers

“The Killing of Two Lovers” begins with an undeniably powerful sequence set in an ordinary bedroom, in which a man stands over a sleeping couple while pointing a gun at them. Considering the title of the film, one might naturally expect the worst and even though that doesn’t happen—the man with the gun is shaken from his reverie by the most innocuous of noises and flees undetected—the image is strong and harrowing enough that even when that immediate threat has subsided, it doesn't ease the tension in the slightest. In fact, once writer/director Robert Machoian begins filling in the blanks about what we have just witnessed, the sense of unease begins to grow exponentially and does not let up.

We soon discover that the intense-looking man with the gun is David (Clayne Crawford) and the woman in the bed is Nikki (Sepideh Moafi), his estranged wife and the mother of their four children. The two were high school sweethearts who got married right after graduation but his dreams of music stardom never quite took off. They are still in their old hometown in rural Utah, and tensions between them have grown to the point where they are now in the midst of a trial separation with her staying in their house with the kids and him back living with his aging father. Although the two try to make the best of this odd situation, there are inevitable problems. And while their three younger boys don’t quite understand what is going on, teenage daughter Jesse (Avery Pizzuto) is fully aware and resentful at both of her parents for seemingly giving up on their marriage, making sure to inform  David that Nikki already has a new boyfriend, Derek (Chris Coy), who was the other man in the bed in that opening scene.

Outwardly, David insists that he's fine with this—they agreed that they could see other people during the separation—but it doesn’t take a master sleuth to realize that he's not quite as sanguine abut the situation as he claims to be. As he goes through his routine—working odd jobs as a handyman, taking care of his father (while unwittingly continuing the same dynamic that they had when he was still back in high school), picking up the kids for activities—there's always an underlying sense of tension. David tries to show that he is alright, but there's no escaping the sense that he's a man trapped in a situation he does not understand, and that he does not possess the tools to work through in a completely healthy manner. As things get bleaker for him, we do feel for him on some basic level. But at the same time, we cannot fail to recognize him as a textbook case of toxic masculinity and we cannot forget that gun that is still sitting in his truck for the inevitable moment when things finally go past the breaking point.

So yeah, if the title didn’t already indicate it for you, “The Killing of Two Lovers” is not exactly a light bit of cinematic escapism by any means. This is a dark and unsparing look into the mindset of a man who is desperate to return to the way things used to be with his family unit, but who is so consumed by the darkness building within him and his sense of being trapped in a situation he does not understand that, if pressed on the subject, he would probably struggle to articulate exactly why he wants them back together. To underscore David’s turmoil, Machoian employs two bold stylistic gambits—a soundscape of dissonant noises that gets louder and more insistent when David is on his own, and a 4:3 framing scheme throughout that presents his life as being constantly cramped and claustrophobic, no matter where he goes or what he does.

While I suppose that I could have lived without those gimmicks—both of which come across as being just a little too on-the-nose for comfort—I nevertheless found myself admiring “The Killing of Two Lovers” as it unfolded, both for its otherwise spare storytelling style and for Crawford's performance. Crawford does a good job of embodying the increasingly hazy divide between David’s outer resilience and his increasingly pathetic inner nature. After the film ended, however, I felt as if it might have benefitted from a little more fleshing out in certain aspects. Although the story's focus is clearly meant to be David, I think it might have benefitted from developing Nikki a little further as well—compared to David, we never get a real idea of who she is, what makes her tick, and what she is hoping to get out of the separation.

Admittedly, this 85-minute film is not the kind of movie you wish that had been a lot longer. And yet, it's still worth exploring for a number of reasons—primarily the strength of Crawford’s performance—and those who do not have a problem with raw and unflinching dramas may indeed find it well worth watching. 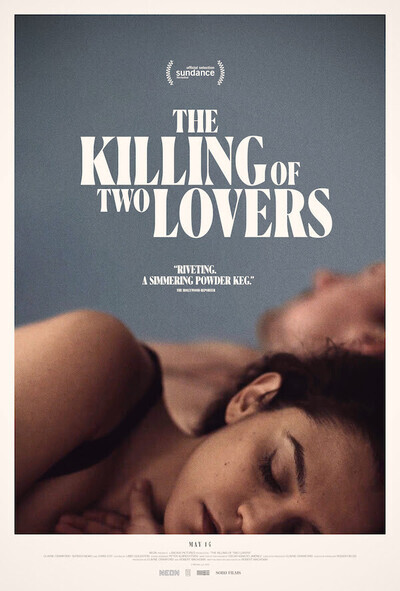