The Girl and Death

"The Girl and Death" is a pretty blunt title, and an evocative one as well, recalling as it does, you know, that Schubert string quartet "Death and The Maiden." Although this movie’s music is mostly Chopin, with a little Gounod. Dutch director Jos Stelling, who also co-wrote the picture, knows how to prepare his audience, I guess. His movie is as somber, and redolent of Old Europe, as its title seems to promise. It is also as, for lack of a better or happier word, conventional.

Meticulously conceived, handsomely shot (by Goert Giltay), sincerely enacted by an able and largely attractive cast, "The Girl and Death" is also the sort of movie in which one character will say "Love destroys everything; love is an illusion" to another character mere seconds after the two characters are introduced. The movie begins some time in an unspecified past, as an old distinguished man with a volume of Pushkin visits an abandoned hotel; it flashes back to his first visit there. He is Nikolai, a Russian on his way to Leipzig to make his fortune, and upon stopping in for the night he finds himself enchanted by young Elise, who is one of several courtesans who inhabit the premises. Nina, the "love is an illusion" chippie, tries to warn off poor Nik, who is soon subjected not just to the torment of love but to the humiliations of the hateful, old, fake nobleman who "owns" and abuses Elise. The two star-crossed lovers make sacrifices for each other that, alas, the other in each case can not be privy to; the misunderstandings arising from these circumstances create a very unpleasant scene after Nikolai returns from his successful fortune hunting to give the fake nobleman what for. And so on.

These plot twists and turns do recall the narrative poetry of Pushkin, whose rakes were raked over the coals by fate, but Stelling seems uninterested in aspiring to the wit that animated Pushkin’s irony; his vision is pure mordancy only leavened by a wispy romanticism that recalls the likes of "Elvira Madigan." In this respect, leading lady Sylvia Hoeks, delicate-featured and with a strong screen presence, provides the movie with much-needed oomph. But it’s not enough to rescue the movie from its own complacency.

"The Girl And Death" seems entirely resigned in its depiction of a world in which men of wealth and power trade in human souls for sexual satisfaction, and younger men rage at the injustice of it all until they acquire their own wealth and power and become as blind and petty as those they once despised. It soaks in its depression as if in a warm bath. Movies made over fifty years ago by the likes of Max Ophuls were more animated, more angry, more radical in their critiques of such injustice. So watch "Letter From An Unknown Woman" before you even think of checking this out, is my advice to you. 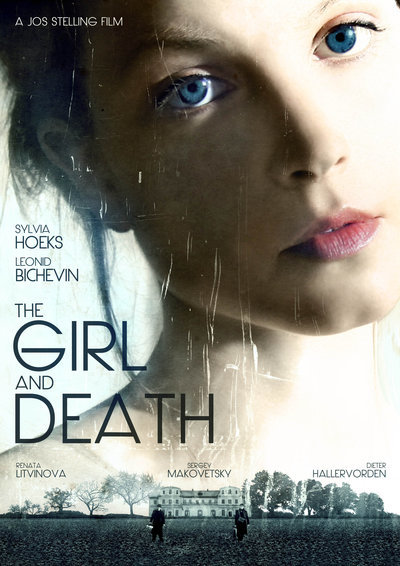