A creepy doll factory, Nazis and the awkwardness of puberty, all wrapped up in one story: The prospect of such anxiety sounds like it would be almost be too much to bear. But writer-director Lucia Puenzo takes her time and lets the tension percolate slowly and steadily with "The German Doctor," which she adapted from her own novel, "Wakolda."

The physician in question is Josef Mengele, the former German SS officer and so-called "Angel of Death" of the Auschwitz concentration camp. Puenzo tells a fictionalized version of his story during the post-World War II years when he was in hiding (as so many Nazis were) in her home country of Argentina, going by the name Helmut Gregor. She doesn’t reveal his true identity until nearly the end, but we know who he is—and we watch uneasily as he insinuates himself with an unsuspecting family in the hope of carrying out his various genetic experiments.

Early on, Alex Brendemuhl gives a quietly unnerving performance as Mengele, a polite and meticulously dressed gentleman living in 1960 Patagonia. The vastness and severity of the dramatic, mountainous scenery provide great contrast with the precision of Mengele’s demeanor. When we first meet him, he has introduced himself to a family of five and asked whether he might caravan with them on a dirt-road trek to the lakefront town of Bariloche. They’re on their way to re-open a family-owned hotel—and indeed, the German-speaking matriarch, Eva (Natalia Oreiro), has some secrets of her own.

Also along for the ride are father Enzo (Diego Peretti), a doll maker, and the couple’s three children. But the one who interests Mengele the most is Lilith (confident newcomer Florencia Bado in her first film role), whose tiny frame makes her seem much younger than her 12 years. Mengele doesn’t say so at first, but in time reveals that he’d like to help her by injecting her with a growth hormone. Still, his predatory vibe is unshakable from the start.

Eager to end the teasing she’s endured from the mean (and uniformly Aryan-looking) girls at her new school, Lilith is all-too happy to be his guinea pig. At the same time, Mengele begins treating Eva, who’s pregnant with twins—a favorite subject for the doctor to study. Eventually, the fiercely protective Enzo becomes suspicious of Mengele’s intentions. So does the stylishly dressed town photographer, Nora (a sharp, appealing Elena Roger), who notices a few too many clandestine meetings and decides to play girl detective.

"The German Doctor," which was Argentina’s selection for the foreign-language category at this year’s Academy Awards, doesn’t build to any great, explosive climax. Its big reveal of Mengele’s true identity—complete with eerie medical drawings in his hidden notebook—comes and goes with the same sort of understated tone that permeates the entire film. The most disturbing scene of all takes place at a doll factory, which Mengele has helped Enzo finance. In row after row, workers produce perfect little girls with vacant blue eyes and blonde, braided hair. It’s an obviously symbolic parallel to Mengele’s own twisted ambitions, but it’s chilling nonetheless.

"The German Doctor" doesn’t do anything terribly unusual or groundbreaking, but it’s a solidly made, well-acted drama that presents a facet of World War II and its aftermath we don’t often get to see on film. And when so many movies tend to tell us what to think or how to feel by hammering us over the head with score or tone, the restraint Puenzo employs here is an assured and refreshing change of pace—especially given the horrific subject matter. 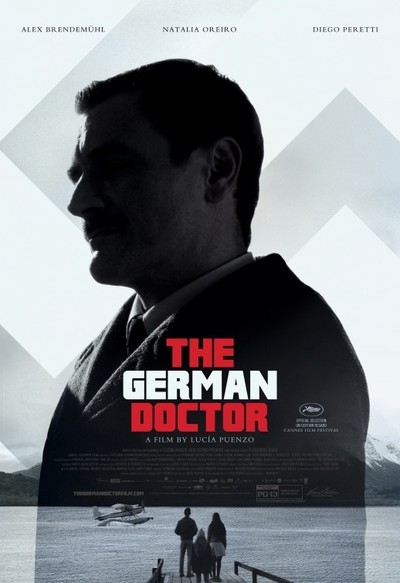 Juan I Martinez as Otto