The Garden Left Behind

In his feature debut, Flavio Alves spotlights both an under-told story and one that’s sadly all-too-common. Tina (Carlie Guevara), a Mexican trans woman who moved to the U.S. when she was a child, made her home in New York City with her grandmother, Eliana (Miriam Cruz). Although the two remain close, as Tina begins transitioning, her traditionally-minded grandmother struggles to understand her. Fortunately, Tina has a group of friends, all trans women, she can go to for advice and support. She even relies on them to vent about her frustrating sessions with an older therapist (Ed Asner), who she believes doesn’t understand what she's going through. Not only must Tina navigate concerns about her immigration status, she must also face several medical barriers in her attempts to transition, make ends meet by driving a cab, then bartending for a kindly boss, Kevin (Michael Madsen), and find her own voice in her friends’ political activism as they protest police brutality against trans people.

Although this is just one side of “The Garden Left Behind,” this is the storyline I wished it stayed with throughout the film. Clearly, Alves and co-writer John Rotondo mean well and want to amplify the struggles facing the transgender community, from the astronomical costs of transitioning to the transphobia that leads to violence and death. According to the Human Rights Campaign, this year has already seen the murders of 27 transgender people, a majority of whom were Black and Latina trans women. The movie’s march to protest police brutality and chant Trans Lives Matter on the streets of New York City could have been ripped from the headlines from the past few months.

In this sense, “The Garden Left Behind” feels timely and empathetic to Tina’s experiences. In addition to exploring these big picture issues, the movie also looks at Tina’s relationships, the personal tensions between family members and romantic partners who struggle to accept her for who she is. Tina’s relationship with her grandmother Eliana gives the movie a lot of its heart. Instead of a story of rejection, it’s one of love. There’s an especially tender moment when Eliana  asks one of Tina’s friends about being transgender, wanting to understand why her grandchild is transitioning. On the reverse side, there’s Tina’s boyfriend, Jason (Alex Kruz), who is ashamed of being seen with her and wants to keep their relationship a secret. Eventually, he rejects her, leaving Tina in a state of grief and self-doubt. These are painful, sometimes awkward or heated, conversations, but the filmmakers and Guevara handle them carefully so that they feel genuine.

However, there’s a secondary plot in “The Garden Left Behind” that’s dizzyingly misguided. I understand its purpose is to raise awareness about violence against transgender people, but the amount of time the movie spends following Chris (Anthony Abdo) is like trying to garner sympathy for a devil. Chris is a soft-spoken bodega clerk pushed around by some of the macho guys his age. He takes an interest in Tina, but soon that interest warps into an unhealthy obsession. He stalks her online, tries calling her and when she ignores him, he throws his phone in anger. On his way home from a baseball game one night with the guys, the group drives alongside Tina, harassing her and calling her names. Chris gets out of the car with his bat and brutally kills her.

Perhaps there’s an argument in showing Tina’s death in this light, but I don’t see it. If this were a story about a cis woman whose local bodega guy happened to be an incel who stalks then beats her to death, you might also feel a little uneasy. Since this is a trans woman of color, her death is made to be a lesson on intolerance—for straight cis people. Worse, the time the movie spends with Chris sucks the life out of the story that Tina and Guevara’s earnest performance brings to it. It gives credence to the hateful way Chris sees Tina moving freely in the world without noticing him, as if this was a warning flag she should have noticed. He’s mostly on-screen glaring at the guys he wants to fit in with, staring off into the distance while angrily masturbating or getting pushed around. The movie tries to manipulate its audience to feel bad for him because of his self-hating transphobia, but I don’t buy it. It looks like a gay panic defense. More than two decades after Kimberly Peirce’s “Boys Don’t Cry,” why are movies still trying to argue for the humanity of transgender people by depicting their tragic deaths on-screen?

To me, “The Garden Left Behind” is an interesting case study on the shortcomings of allies. It accomplishes much of what it sets out to do, but in some respects, falls short of its ambitions. Well-meaning allies like Alves cast trans men and women in their respective roles and spoke with several organizations and transgender individuals to get certain details right. Although the movie suffers from technical issues like unsteady handheld camerawork or scenes that needed a bit more rehearsal with new actors, I wonder most about the story and whether or not it would have taken the same path were it not written by two cisgender men. “The Garden Left Behind” works best as a message movie, not for the community it’s set in but for everyone else.

Now playing in virtual cinemas; available on VOD on September 8.

For another take, read Kristy Puchko's coverage of the Bentonville Film Festival and read more about the production of the film at Trans Filmmakers Project. 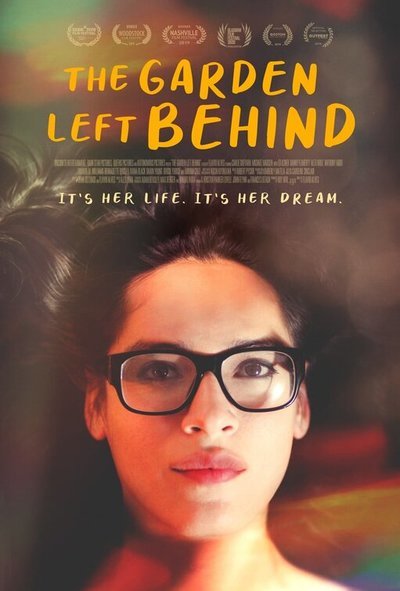