The Family I Had

Katie Green & Carlye Rubin’s “The Family I Had,” which premiered at the Tribeca Film Festival and will air on Investigation Discovery tomorrow night, December 21st, is an undeniable tragedy. What makes it a more interesting film than it might otherwise have been is its filmmakers willingness to recognize that there are no easy answers to questions that no one should ever have to ask. It is a story about a murder that tears a family apart and how the people who remain navigate an entirely different world than the one they were in the day before. And it presents an impossible situation for its central figure, someone who has to live the rest of her life with questions of regret and forgiveness that it’s impossible to really even imagine considering much less finding the answers that would make one sleep easier at night.

That impossible situation belongs to Charity, a woman who was working her job at BW3s one night when she got a call that would forever change her life. Ella, her 4-year-old daughter, was dead. And her 13-year-old son Paris was being held for her murder. Paris had grabbed a knife and stabbed his sister to death, claiming on the 911 call that he believed the toddler was a demon (however, his own mother claims this story and the call are merely a story concocted by a boy, it’s suggested, wasn’t getting the attention he demanded). Immediately, Charity was faced with an impossible situation. As she says in heartbreaking interviews, if she tried to get Paris the help he so clearly needed, she wondered if she’d be betraying the memory of Ella. But if your son was mentally ill, would you let the system lock him up and throw away the key?

Green and Rubin keenly understand the complexity of what they’re covering. “The Family I Had” is, thankfully, not an “explainer” movie. It’s not the kind of thing that’s going to tell you exactly why Paris did what he did. Were his cries for attention ignored before that fateful night? What about his mother’s substance abuse problems? What about the missing fathers in this narrative? What about cycles of emotional abuse? Or how our system really has no idea what to do with a sociopathic child, much less a single mother in Abilene, Texas? And then the narrative here takes a twist in the family tree that you won’t see coming and offers another layer of debate to the nature vs. nurture issues at the core of this human tragedy.

And that’s the key to this project’s success—the filmmakers never lose sight of the human beings looking for answers to impossible questions. Charity has another child after Paris goes into a system that will release him at the age of 33. She now has to worry about what Paris may do to her new child once he’s out. Could he really do it again? Can you imagine watching someone who killed your child interact with another one? No, you can’t. None of us can. And “The Family I Had” recognizes the impossible situation in which Charity has been placed, and then memorably shows us how she has to move forward, one day at a time, one foot in front of the other. 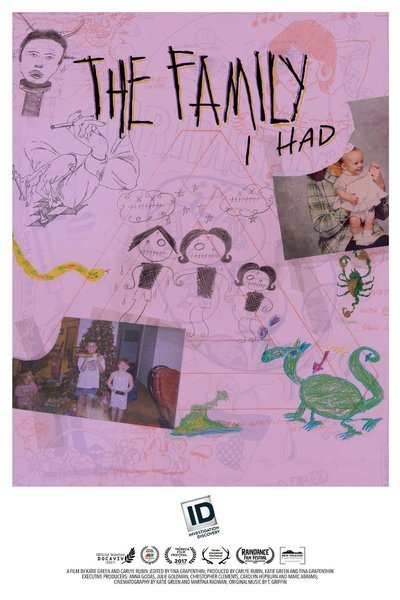