At the beginning of "The Dead Lands," a violent New Zealand fantasy-adventure, a grown man defecates on a human skull. He subsequently wipes his waste across the top of the skull. Then he licks up some of his fecal deposit. This introductory scene is a fair indication of the context-light exoticism by which anyone but initiated viewers will be confused. "The Dead Lands" is, to be fair, as simple as a parable in its story of two warring Maori tribes, and the haunted burial ground over which they fight for control. But, after a certain point, the film's fairy-tale-like nature makes it impossible to enjoy its more idiosyncratic features (like lots of breaking bones, lots of macho threats, and yes, an unusual act of scatological defiance). "The Dead Lands" doesn't add up to much, but it is always on the verge of becoming more than just a bed time story for guys that wish "Braveheart" had a biceps-kissing baby with "Ong Bak."

While "The Dead Lands" probably couldn't start with "Once upon a time...," it could easily begin with a "Star Wars"-like text crawl that contextualizes the film's events. Instead, the film kicks off with a confrontation. Hongi (James Rolleston), the dutiful but meek son of his tribe's leader, sees belligerent rival Wirepa (Te Kohe Tuhaka) worshiping, then wiping himself with his ancestors' skulls. Wirepa then claims that Hongi was the one who did the deed, and declares war on Hongi's tribe. Soon after these introductory exchanges, Hongi's people are exterminated by Wirepa and his men. Hongi then seeks help from "the Warrior" (Lawrence Makoane), a blood-thirsty cannibal spirit that haunts the sacred title location.

Let that peculiar plot point sink in for a moment: the Warrior is a cannibal ghost. The mystery surrounding Makoane's character is essential, but it can also be frustrating. We learn more about him as the film progresses, but ultimately, there's no getting around the fact that a nigh-invincible monster/fighter reinforces the film's nigh-Eastwood-ian concerns with brotherhood, family, and the heavy spiritual burden one assumes when one chooses to take another man's life. You might think that the Warrior is joking when he advises Hongi to distract his opponents by insulting them: "Make a joke about their mother, that usually works for me." But in the off-puttingly matter-of-fact world of "The Dead Lands," the Warrior's just telling the truth, as we see when Hongi insults one of Wirepa's men, and then smacks him across the face with a paddle-like weapon.

The blood that pulses from the neck of Hongi's victim is also indicative of the smothering effect that violence has in "The Dead Lands." The film's action scenes are well-choreographed, but are covered instead of directed: the camera often seems to follow the general movement of actors' bodies as they tussle. These scenes all climax with crunching bones, twisting limbs, and spurts of blood. But while there is enough blood in any given action scene to make you feel gross, there's never enough to achieve the sobering effect that the film's creators seem to strive for. "The Dead Lands" is grim in that sense, but never so flamboyant, or over-the-top that it doesn't try to be realistically gruesome without being sensationally over-the-top.

Confrontations (both verbal and physical) are the only memorable things in "The Dead Lands," and that's not because they're well-executed, but because they're strange enough to be fundamentally different. I won't speculate about the kind of movies you watch, gentle reader, but I'm guessing they don't usually feature characters who threaten each other with lines like "I will fill your daughter's uterus with dirt, and that will be the end of your family's lineage." There isn't much more where that line comes from in "The Dead Lands," and there should be. There's something culturally specific about that kind of taunt. The same is true of the film's violence, and its conception of the after life and ghosts. By reducing the story to a bloody myth, "The Dead Lands" reluctantly emphasizes its most sensational, macho aspects, making it feel like a sinewy action film that doesn't want to fire its biggest guns. 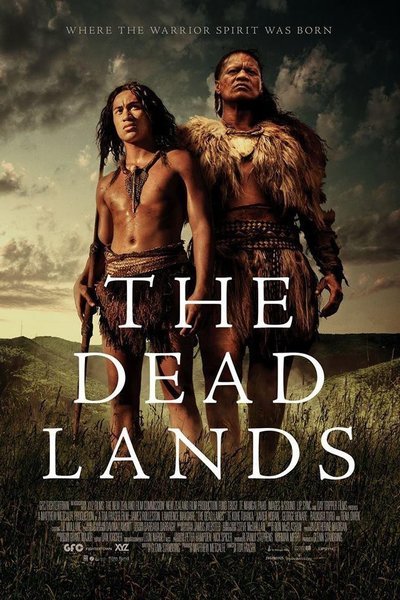 Lawrence Makoare as The Warrior