The Dark End of the Street

Kevin Tran’s “The Dark End of the Street” is a warm, modest film all around—its ambitions, filmmaking, and especially pacing. It seeks to have the stillness of a night in some random suburb (in this case, in the state of New Jersey), but imagines how the neighbors would react if a mysterious pet killer were on the loose. The news inspires a few people to connect in ways they might never had, and for others to have a pretty regular night. This is not a movie about big moments, and the sooner you roll with its atmosphere, the more Tran's assured directorial debut has to reward you.

Tran slowly builds a story almost in the style of vignettes, bouncing between different lives without rushing to connect them. Marney (Brooke Bloom) is the woman who has been the latest victim of the murderer, as she comes home in the opening minutes of the movie to talk to her older neighbor Ian (Anthony Chisholm), and then to find her dead pet on the floor. It’s a horrific moment, especially with the scream she elicits upon seeing it off-camera, but the pulse of this movie is not that of terror. Marnie is later seen grieving, quietly, and Ian arrives with two beer bottles, hoping to keep her company. They have one of the movie’s most tender scenes as they talk about why they live where they do.

Getting to know the backgrounds of these New Jersey residents is a big part of the effect of Tran’s script, especially when it comes to their philosophies that are engrained in why they chose the 'burbs. As Tran displays a gentle touch, the story is about spending time with them, like how Keith (Daniel K. Isaac) and his wife Sue (Jennifer Kim) worry about their safety in the neighborhood. Or it's in how expectant father Jim (Scott Friend) talks with Richard (Jim Parrack), a new guy he met at a bar, about the value of education. They share the movie’s ultimate hangout sequence, which is one of many moments in which we get to know friendly faces by small chat.

Jim's wife Patty (Lindsay Burdge) stays at home because she's exhausted. She writes a poem, and reads it outloud to her unborn child. The sequence is intercut with images of some kids skateboarding at night. Like a good deal of moments in "The Dark End of the Street," it floats.

Tran has a loving eye for the suburbs, with its fenced-in skate park and homes that all have different kitchens. Sometimes his camera seems to be watching from outside, but not in a mysterious pet killer way, and other times it's in a random living room, laying back with the people and space with a wide shot. Even if that means watching a few teens have band practice in a basement—a bassist, a drummer, and a guy screaming into "What the f**k is up" into an upside-down beer bottle—it’s all a part of the piece, and telling of Tran’s sense of humor and openness as a storyteller.

This is a movie that enjoys the characters we only know so briefly, so it can a little frustrating when you don’t share Tran’s fascination with them. Some people in the film simply prove to be fuller than others, and some performances are simply stronger than others. And the way in which Tran brings the anxieties to a climax is better with its cinematography than its writing.

But it’s the confident ease of “The Dark End of the Street” that holds the viewer. It’s not a very stressful movie, despite putting an insidious bringer of nightmares at the center. His house is not the only one we want to peek into; he's not the only person who we want to know how they spend their night. 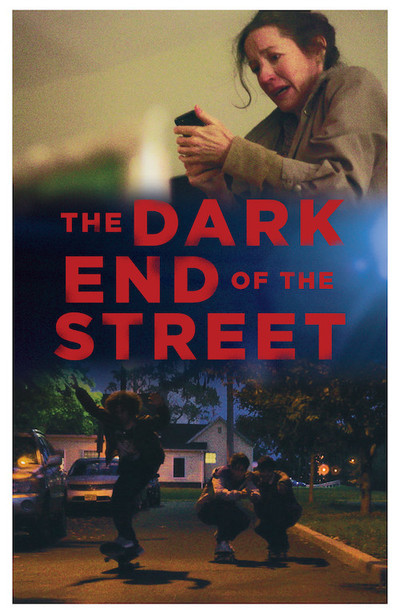