This movie is condemned

In "The Condemned," the director Roberto Busó-García frames a haunted house tale in the remote town of Rosales, Puerto Rico. The film charts the return of a wealthy family's patriarch, Dr. Puttnam (Axel Anderson), to face the locals whom, decades before, he tricked into receiving radiation treatments for cancer research. Dying of old age and determined to takes his secrets to the grave, the American doctor is cared for by his feisty daughter, Ana (Cristina Rodlo). However, Ana is left to deal with the victims of her father's experiments — both alive and deceased.

A fatalistic view towards family and the supernatural has been one of the defining characteristics of Spanish horror cinema's recent resurgence. Films such as "The Devil's Backbone," "The Orphanage," and "Agnosia" all tie their central ghostly threat to a parent's checkered past. The children are exposed to the unforgiving set of repercussions that follow.

García loyally follows this much played-upon thematic link between parent and child; moreover, he wholeheartedly embraces it. Upon arriving at her family's mansion, Ana works on constructing a museum on the first floor, dedicated to her father's medical achievements in the '70s. The exhibits are designed to showcase Dr. Puttnam as a figure of national pride responsible for a successful free clinic on the island. Ana, who never truly knew her father, barely conceals her contempt for him.

Yet García and screenwriters Danielle Schleif and Luis R. Trelles cripple the film enormously from its starting minutes, simply with their depiction of Ana and Dr. Puttnam. They take one of Puerto Rico's most legendary actors, Axel Anderson, and plop him, blank-faced and mute, in a wheelchair. Ana attempts to rouse him daily, but fails. The dynamic is supposed to convey the frustration experienced with an unresponsive parent, but all García succeeds in showing are the limits of Rodlo's glued-on, indignant pout. We're relieved when the first hints of the mansion's vengeful ghosts appear, if only to see her expression shift slightly.

The filmmakers also falter in their weak grasp of story mechanics. Clara (Luz Odilia Font), an elderly blind crone revealed to be the mother of one of Dr. Puttnam's research patients, warns Ana about the dark past of Rosales. Not long after, the Puttnam house begins experiencing a series of "earthquakes." Each night,following the tremors, the museum's contents are violently ripped from the walls and floor by an unknown force. Why? It's never clear whether Clara is the source of this commotion, nor if she can bend the in-house apparitions to her will.

From the first half of the film, you'd think that the only thing the ghosts are capable of is some minor vandalism and brushing against the furniture. This being the faithful genre exercise though, there has to be some escalation of stakes, and I suppose this happens. Members of the house staff suffer silly demises, while a moving rack of nurses' uniforms haunts Ana.

With each new cacophony of screechy sound effects and cheap jump-scares, the fact that Garcia only holds two or three tricks up his sleeve comes to the fore quickly. Without them, the film is simply about individuals who are repeatedly issued all the evidence they need to skip town, and then refuse to leave. This dreary process drags on interminably and I lamented the wasted potential. There aren't many films set in Puerto Rico — let alone horror films — so why anyone would neglect the territory's lush mix of beauty and teeming decay for meandering shots of dark, brown hallways and basements is beyond me.

Garcia serves up some brief looks at the crumbling apartments of Rosales as Ana searches the town for clues to her father's past, but he doesn't know where to place the camera. Instead of drawing out the inherent uniqueness of the environment in which he's based, he centers the shot on Ana's expression of confused terror before she ambles back to the mansion for more routine surprises.

There is a loyal groundskeeper, Cipriano (Rene Monclova), with whom Ana discovers the extent of her father's cruelty (evidence for which is contained in the basement of the house — talk about a resourceful use of space!). He is the film's lone emotional connection — a relic of the house's tattered past — and it is only in the scenes with him that you feel the sense of tragedy and loss that the narrative is so eager to exploit.

By that point, though, you may be more interested in delving into the film's real-life inspiration: the chilling, unsolved case of Dr. Cornelius P. Rhoads, and the experiments he was rumored to have inflicted upon Puerto Ricans in the 1930s. That research would surely prove a shorter journey, with a more vivid and satisfying feel for time and place (and dread). "The Condemned" is nothing but a creaky façade. 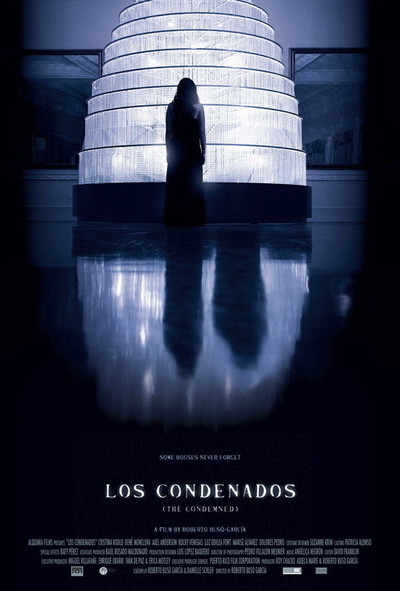