“The Bronze” is to a motion picture as near-beer is to an alcoholic beverage: that is, it is not quite a motion picture. Whether or not you are a fan of its performers might be the determining factor as to whether you find it a “near movie” or "not even a movie"; for this viewer, it was way more the latter, as witnessed by the fact that this ostensibly edgy comedy didn’t wring a single laugh out of me until maybe fifteen minutes before the finale.

This picture, which premiered at the Sundance Film Festival in 2015, is actually not unusual in its utter slackness. In fact, if my memory serves me well, this kind of half-baked concoction is now a Sundance staple, and the dirty little secret of the indie film. Here’s how it works: a comedic talent concocts an abrasive character, a really abrasive character, a character that can get jaws dropping and butts squirming in seats at an improv sketch theater or some such place. Comedic talent then decides it might be a neat idea to construct an entire movie around this character. Only in the process, considerations such as credibility, scene construction, story pacing, and many more staples of conventional narrative cinema are left curbside (and when I call such concoctions half-baked, I remember that it is not an accident they invariably contain at least one prominent gag or set piece involving cannabis) in favor of More Outrageous Stuff for the abrasive character to do.

In “The Bronze,” the abrasive character is Hope Annabelle Greggory, conceived and portrayed by Melissa Rauch, known for her sharp one-liners on VH1’s “Best Week Ever” and now as a squeaky-and-sassy nerd girlfriend on “The Big Bang Theory.” Hope is a former Olympic gymnast, celebrated in her Ohio small town for capturing the bronze medal back in the day. Now, her career prematurely ended by injury, she lives on dwindling endorsement earnings and by stealing money from the mail delivered by her postman father (Gary Cole). We first see the latter-day Hope lying in bed, masturbating as she watches the video of her prize-winning Olympic performance. As an orgasm-chaser, she snorts up a bunch of crushed-up painkiller pills. This sets the bar for the character’s abrasiveness, so to speak; nevertheless, one is still unnerved at the frequency with which Hope curses out her dad, and the way she refers to a former high school classmate with a neurological disorder as “Twitchy” to his face.

As it happens, co-writer Rauch and director Bryan Buckley know, or think they know, enough about movies to realize that they are obliged to create a redemptive story arc for Holly. So they do, to the extent that “Twitchy,” played by Thomas Middleditch of “Silicon Valley,” actually becomes Holly’s romantic interest as she softens up by training a young Olympic hopeful who could, Holly understands, steal her own small-town thunder. The movie’s jokes take uncertain aim at the shallowness and corruption of televised athletics. While there’s a certain potential irony in Upright Citizens Brigade-types getting snooty about jocks, as it were, this is not something considered in the movie’s philosophy.

The most talked-about scene in the movie comes near the end, in the form of a slapstick sex scene that’s rather like the one in “Team America: World Police,” with the novelty of it being enacted by actual people—the actors portraying the characters or maybe their stunt doubles or some combination thereof, the lighting makes it hard to tell—and it’s not only not particularly funny, it’s tonally so discordant from the already incoherent movie that it’s … well, “confusing” isn’t the right word. “Upsetting” isn’t, either, as one has kind of stopped caring by this point. Hard to say what the right word is. But it’s not a good one. 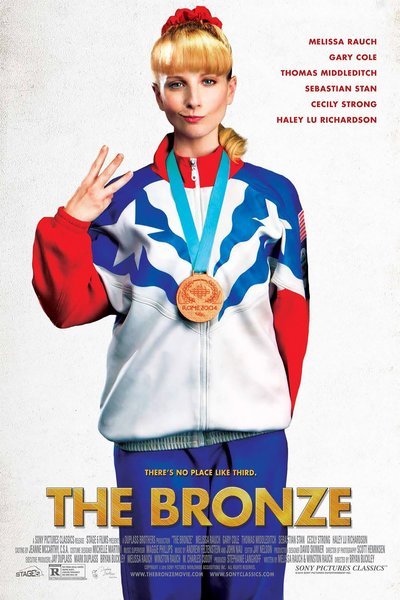 Rated R for strong sexual content, graphic nudity, language throughout and some drug use.