Can traumatizing yourself make you feel good? That's one question that horror documentary "The Blackout Experiments" asks, but never satisfactorily answers. Director Rich Fox spends much of his film painting a portrait of the emotional haze that thrill-seekers go through before and after participating in Blackout, an aggressive haunted house-type attraction. I've never participated in Blackout, but based on "The Blackout Experiments," I can tell you that it's an intense, aggressively confrontational and deeply disturbing recreational experience. Participants are physically attacked, tied up, screamed at and sometimes even branded.

Still, despite its obvious unpleasantness, Blackout leaves some participants wanting more. Fox is most interested in the people—many who remain nameless. His subjects include Russell, a middle-aged man with no nuclear family to speak of, who has been through the wringer, and now sees the world through hyper-sensitive eyes. There are other characters in the film, and some of them are fairly articulate, but Russell is the most well-developed of Fox's subjects. He participates in a by-invitation-only survivor's group, sharing his experiences with fellow Blackout participants. He's also been through four separate trials in Blackout.

Before we go further, I should probably say: I'm still not sure how to process "The Blackout Experiments." Normally I'd take that uncertainty as a good sign, but I'm not so sure. Fox takes great pains to replicate the feelings and sensations that Blackout participants go through. He films his subjects talking about their experiences in talking-head interviews that present them in a pitch-black room, harshly front-lit by what looks like a single light source. And he presents Blackout footage in snippets, creating a disorienting effect. Fox is not just reporting what it's like to go through Blackout—he's simulating it in order to allow viewers at home to make up their own minds. Is Blackout a cathartic experience, or a funhouse for jaded masochists?

Russell gets us closer to answering that question than anyone else in "The Blackout Experiments." His commentary is guarded, but his drive to do more is intriguing. Russell is forced to read a script, one that makes him sound like a sexual submissive talking about his dominant lover. In these prepared speeches, he declares that he is a willing participant who gives permission to his captors to do whatever they want with him. They then tattoo him, scream at him, bind his hands, and make him participate in various degrading acts.

The harm that's caused to Russell appears to be predominantly psychological. He fills out a disclaimer that absolves Blackout of any wrong-doing, but Russell's not necessarily an eager participant. We see him hesitantly counting the days until he can participate in his next Blackout trial. He doesn't know what happened to him during Blackout, but he's compelled to find out more. He wants to master his fears, but he also wants to understand himself better. He even confesses, during an especially revealing interview, that he feels like a failure. The makers of Blackout clearly prey on that fear.

It would be a waste of time to speculate about what motivates Blackout's creators since they refuse to answer any questions until the last few minutes of the film. "The Blackout Experiments" is not about the makers of Blackout, but rather guys like Russell, the ones who still aren't sure how Blackout works them over, or why they find it so compelling. In that sense, "The Blackout Experiments" mostly succeeds in capturing Russell and his peers' disorientation. I'm just not sure what the value of that experience is. Imagine meeting someone while they consider their life through the lens of a major trauma. You bond over this trauma. You've never met this person, but they come into your life only because you want to know more about what happened to them. How does that make you feel? You will never know what this person is like outside of their post-Blackout Lives. So now you, like Fox, are a little bit complicit too. You wanted to watch Russell explain himself, and put himself through a hellish experience. You're in this film, too.

I left "The Blackout Experiments" feeling like I saw something unique and disturbing. Fox doesn't go far enough, preferring instead to jolt us, and then tease us with a simplistic bottom line that deserves greater scrutiny: trauma can be good for us. I wish I could recommend "The Blackout Experiments" more strongly. His interviews could have been more thoughtful, his footage more revealing and his subjects' mindsets examined in greater detail. There's something here, but it's darker, and more elusive, than perhaps Fox even knows. 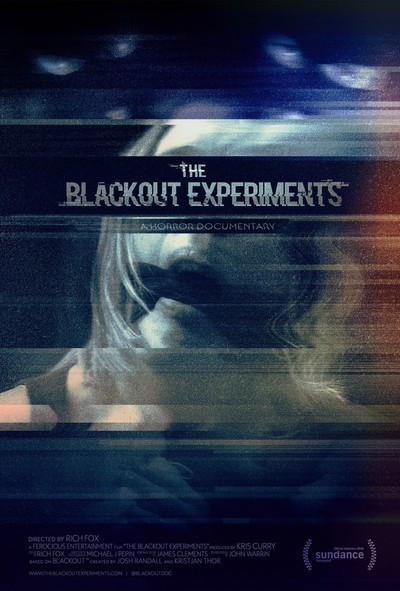