Netflix found an unexpected hit in the 2017 McG horror/comedy “The Babysitter,” a film that started like a generic comedy about a boy with a crush on his gorgeous babysitter and then turned into something significantly darker when the kid learned that his first crush was a Satan-worshipping murderer. McG’s movie wasn’t perfect, but it had a charming simplicity and charismatic performance from the wonderful Samara Weaving as the title character. In the old days, “The Babysitter” would have been a modest hit on the midnight movie circuit before producing a straight-to-video sequel with maybe one of the original cast members and none of the quality. Now that the routine has broken due to streaming, the entire circle of life takes place in-house as the cheapie DTV sequel, “The Babysitter: Killer Queen” launches on Netflix today, but the difference is that this one has the same director, and most of the same cast, even the ones who died in the first movie. However, the drop in quality remains the same.

The awkward Cole (Judah Lewis) is two years older than at the end of “The Babysitter,” and still struggling through the torture that is adolescence, amplified by the fact that no one believes that his missing babysitter was a devil-worshiping lunatic. His parents (Ken Marino & Leslie Bibb) are so concerned about Cole’s tall tales that they’re thinking of sending him to a mental institution when the young man is invited on a party weekend with his lovely neighbor Melanie (Emily Alyn Lind), the only one who also knows the truth about what happened that night. Melanie and a group of teens head off to a lake party that culminates on a boat, and, well, things get gnarly again and result in the literal resurrection of most of the key players from the original, including Robbie Amell and Bella Thorne. A new girl at school (Jenna Ortega) accidentally stumbles into the chaos, and Cole has to summon the courage to save the day from the forces of evil yet again.

No one expects “The Babysitter: Killer Queen” to be anything other than your basic escapist entertainment, but it fails even at this modest goal. It's a defiantly stupid movie, with references so bizarrely dated that it verges on fascinating. McG and co-writer Dan Lagana pepper their script with nods to things that make it seem like they haven’t talked to an actual teen since 1999. I’m not kidding when I say that the movie directly references “Ice Ice Baby” (in a line that’s referring to I.C.E., believe it or not) and later features someone doing the Hammer Time dance. My near-teen kid would have no idea what either of these things are. And the soundtrack follows suit with bizarre needle drops of Young M.C., Das EFX, and The Sugarhill Gang. Who is this movie for? Sure, a movie doesn’t need to fully reflect the taste of its time or characters, but there’s a weird disconnect throughout this film, in part because the references are so non-stop that they’re impossible to ignore—when a character went from a “Forrest Gump” nod to a Tommy Tutone shout-out in the same line, I thought maybe I was being punked.

Bizarre references aside, “Killer Queen” is simply less competently made than the first movie in every way, something that's amplified by its less engaging story. The first film had the benefit of simplicity—pretty people in a house dying in extreme ways—and Weaving’s fun performance. This one is rushed and haphazard from beginning to end, from its more nonsensical story to some truly choppy editing—flashbacks to how each of the worshippers from the first film originally came under Bee’s spell look almost intentionally horrible in terms of basic filmmaking.

The biggest problem is a common one in sequels: Everything here feels desperately designed with the artistic theory of overkill. It’s the difference between a cult hit in the making that sneaks up on you and a movie that screams at you to like it. “The Babysitter” may not have been breakthrough quality filmmaking, but its sequel nearly makes it look that good. Maybe someone at Netflix signed a deal with the devil to get that unexpected first hit and this follow-up is Satan coming to take his payment. Let’s all start praying an exorcist arrives before the third movie. 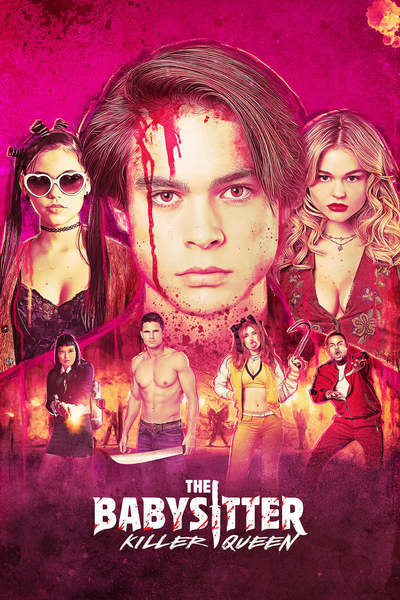