It’s clear as day that the producers of “Texas Chainsaw Massacre” saw David Gordon Green’s 2018 reboot of “Halloween” and thought they could accomplish the same kind of comeback for Leatherface. Once again, there’s a sequel that skips all the previous films and remakes but the first movie, and it’s designed to center the story of a survivor. In this case, it’s Sally Hardesty (Olwen Fouéré, replacing Marilyn Burns, who passed in 2014), the only person who made it out alive in Tobe Hooper’s earth-shaking original. She’s been trying to find the creature who killed her friends for years, and the Netflix Original sets them against each other. Sorta. Just barely. Everything about David Blue Garcia’s film is “sorta just barely” (other than the gore, which is impressive). It’s one of those projects that’s clearly been through the wringer in terms of production—there were stories of a replaced directing team and horrible test screenings—and yet it feels like it was doomed from the beginning. It’s a startling misfire, a movie that fundamentally fails at almost everything it’s trying to do. Leatherface deserves better.

Believe it or not, “Texas Chainsaw Massacre” is another cautionary tale about gentrification. (I’m not kidding.) Melody (Sarah Yarkin), her sister Lila (Elsie Fisher), and their friend Dante (Jacob Latimore) have come to the middle of nowhere in Harlow, Texas to renovate the small town. They’re even bringing in a bus of influencers to see the space. (The bus may as well say “Chainsaw Victims” on the side.) When they arrive, they run into immediate conflict with a homeowner (Alice Krige) who insists that she’s not leaving. It turns out that she’s the Norma Bates of this situation, and when she’s forced from her home, her son Leatherface (Mark Burnham) goes on a rampage.

“Texas Chainsaw Massacre” starts with promise. Casting Leatherface as a bogeyman in the heartland of Texas, a figure who inspires not only fear but a bizarre fan base who buy corkscrews with chainsaws on them, is a clever idea ... that goes nowhere. “TCM” is constantly playing this incredibly frustrating game—bringing something up and then almost refusing to do anything with it. For example, Lila is a survivor of a school shooting, but this just ends up feeling exploitative instead of insightful. The idea of city folk who don’t understand what waits for them when they leave the safety of their home is common in horror and was partially defined by Hooper’s film, but this one adds nothing new. And then when it starts to play with social media in one morbidly funny scene, it throws that idea away too. Everything is shallow in a film that runs under 80 minutes without credits and yet feels twice as long.

And that lack of narrative depth would be fine if “TCM” was effective as a horror movie. It’s not. The gore is plentiful, but the staging and execution of the violence is uninspired. There’s no tension, no suspense, no characters to care about. I think the problem is that the first movie is so effective in its simplicity—a vision of ordinary people plunged into Hell—that filmmakers since have thought that copying that simple template is easy. It’s not. Imbuing such a basic premise with intense, unrelenting terror takes a certain kind of instinctual craftsmanship that Hooper had. Most of his followers have not been so blessed with talent.

Although Garcia and his collaborators aren’t really trying for that brutal simplicity either, constantly cluttering their landscape with half-baked ideas. Worst of all is how forgettable Sally’s arc becomes, a half-assed version of the Laurie Strode vengeance narrative from Green’s “Halloween” movie. That flick also discarded years of sequels to take a franchise back to its roots. “Texas Chainsaw Massacre” attempts the same thing and gets so lost on the way home. 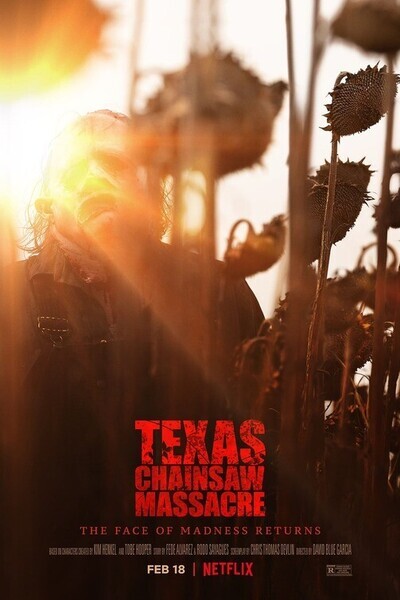