By their very nature, spy series require a certain amount of twists and turns. Secret motives, double crosses, and hidden identities are all necessary aspects of the genre, and “Spy City,” which premieres on AMC+ on April 15, rightly possesses them. As MI6 spy Fielding Scott, Dominic Cooper is in Daniel Craig-James Bond mode, all tightly tailored suits and surprisingly efficient bursts of violence. But the plot built around Cooper often drags, the series’ depiction of Berlin is inconsistently affecting, and a late-series reveal regarding its central mystery suffers from an anachronistic perspective that doesn’t quite work for this time period. “Spy City” argues that every international power has blood on its hands regarding their meddling in other countries and their own selfish self-interest, but the execution of that messaging is so rushed in the series finale that it becomes practically ineffectual.

Created and written by William Boyd and directed by Miguel Alexandre, “Spy City” begins in 1960 in Berlin, when the Cold War between the USSR and their former Allies comrades is heating up. MI6 agent Fielding Scott (Cooper) is meeting a man for the handoff of a yellow envelope that Scott is carrying for the British government. Fielding has no idea what the yellow envelope holds, but his mission is to deliver it to this man and leave, which seems like a simple task until the man shoots the waiter who comes into the bathroom and sees them together. The man then turns on Fielding too, and Fielding has to kill him to defend himself—only to learn that the man whose head he just smashed into a urinal was another British spy named Simon Haldane. Like Fielding, Simon’s “official” position was British diplomat, but he also must have been responsible for a secret mission in Berlin, as Fielding was. What went so wrong?

The premiere episode “Operation Beethoven” then jumps forward a year-and-a-half later. Fielding, who was kicked out of MI6 but avoided a criminal trial for Haldane’s death, is called back into the fold in spring 1961. Vindication is on the table if Fielding can pull off this mission: Travel back to Berlin and collect childhood friend Manfred Ziegler (Wanja Mues), now a scientist who has developed a missile tracking system. Ziegler was originally working with the Russians and now wants to defect to the UK, but will only do so if Fielding is there. If Fielding can bring Ziegler, code name Beethoven, and his technology in safely, then his record will be expunged.

It’s not a great deal, but it’s something—and does Fielding really have a choice? And to make things even more difficult, when Fielding arrives in Berlin, he’s surrounded by people either outwardly hostile or secretly duplicitous. His direct supervisor was a close friend of Simon’s, and has no understanding of why Fielding is back in the field. His secretary, Eliza (Leonie Benesch), is being blackmailed by the shadowy German agent August Froben (Tonio Arango) into spying on Fielding. And he has history with the other international agents with whom he’s expected to work—history that might get in the way. He knows American CIA agent Conrad Greer (Seumas F. Sargent) from serving together during World War II. He knows French agent Severine Bloch (Romane Portail) from his previous posting in Berlin. Conrad and Severine have their own secrets, too; “We are allies, I suppose,” Scott said, alluding to these countries’ bonds during World War II, but it’s been years since that conflict. The new world order might not quite align the same way.

“There’s a more interesting question that no one seems to ask. Why did Simon Haldane try and kill me? … I will find the answer to that question. One day,” Fielding vows, and each episode tracks Fielding as he attempts to fulfill his given mission involving Beethoven, and as he works in secret to figure out what happened in that bathroom. “Spy City” uses these dual objectives to add more uncertainty: Did someone make an attempt on Fielding’s life because of his work with Beethoven, or because of what he’s trying to uncover about Simon? Is Fielding’s boss being an unsupportive jerk because he is trying to protect the memory of his dead friend, or because Fielding’s associations with Conrad and Savarine could count as treason? And Conrad and Savarine are, as spies do, also harboring secrets that bring more danger to Fielding’s door. Conrad is hiding an element of his personal life, while Savarine is obsessed with exacting revenge for something that happened to her during World War II.

Every spy in “Spy City” seems to be ignoring their government-provided mission to instead pursue their own side quests, and “Spy City” uses that narrowness to build toward a large-scale, tragic ending. Alexandre places us alongside these characters as they cross between the differently controlled zones in East and West Berlin, meet at bureaucratic headquarters and in safe houses, and sneak into archives and offices—always looking over their shoulders, and assessing places as soon as they walk in. There’s undoubtedly tension here, but “Spy City” often overplays its hand by adding in so much subterfuge that the narrative sags under the weight of it. Certain episodes tediously drag; there are only so many times you can watch people creep down a hallway or tiredly reach for a bottle of liquor before the monotony hits. Six episodes might have worked better as four, especially because the release schedule for “Spy City,” with a new episode airing weekly, might mean that viewers forget a few of these overly complicated plot details between installments.

The ensemble performances are often the strength of “Spy City,” even if the characters themselves are inconsistently detailed or developed. At the center of all of this is Fielding, who Cooper plays as smoothly in control at nearly every moment. He enlists Germans frustrated by the divided nature of Berlin onto his side, such as photographer Ulrike Faber (Johanna Wokalek, whose combination of elasticity and stillness evokes Carrie Coon); he collects seemingly disparate pieces of information and tries to make sense of them; he smirks at how the British, American, and French governments always seem to be working against each other.

Cooper has an air of bemused smugness that works well for all this, and he’s believable in scenes that require swift brutality: smashing in someone’s windpipe, drowning a man in a muddy ditch, wrestling for an assailant’s gun and turning it back on themselves. But at a certain point, his debonair approach loses its effectiveness because “Spy City” is pulling the character in too many different directions. Boyd has imagined Fielding as so above the muck that major moments—deaths, betrayals, etc.—don’t always stick, and their lack of impact makes the time we spent with those characters feel wasted. Certain performances rise above, in particular that of Benesch; she brings such palpable anguish to Elisa that you’ll be reminded of Alison Wright’s Martha from “The Americans.” Lisa Hofer has a little less to do as Walrtraud, secretary for a Russian general who ends up in Fielding’s crosshairs, but her arc is similarly heartbreaking.

In its final few moments, “Spy City” leaves us with the hypothetical question, “What good are spy games that accomplish nothing?” That’s a valid query, but one that “Spy City” goes about quite strangely by shifting our attention from the escalating Cold War in Berlin to another part of the world and to another covert operation. This development not only comes out of nowhere, but also applies a modern lens to a specific historical event that is so wildly outside of the realm of what Western sentiments were in 1961 that any viewers with knowledge of this time period will have to scoff. Without spoiling its specifics, the superficial treatment this actual event is given by the show borders on disrespectful. The finale of “Spy City” is bookended by Fielding sarcastically saying, “I thought we were fighting for our values,” and a concluding freeze frame that transitions from color to black and white; perhaps this is meant to be sobering, but it really reads as cynical. “Spy City” is sometimes entertaining and often well-acted, but the missteps of its finale call into question its overall intentions. 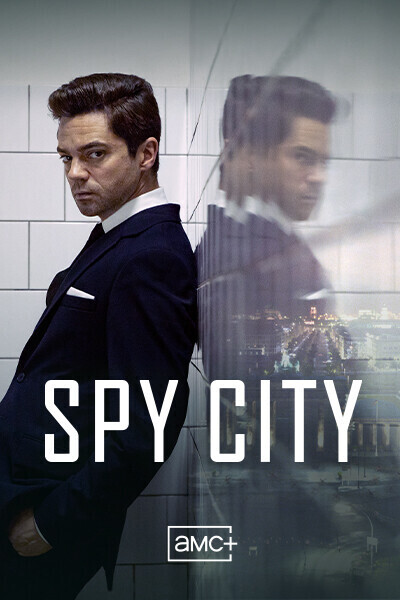