Was he that desperate to see the film? On Friday, five days before the release of "Smash and Grab: The Story of the Pink Panthers," a member of the jewel-thief gang chronicled in the documentary escaped from a Swiss prison. It's one hell of a tie-in—though it seems safe to assume the fugitive, Milan Poparic, won't be granting interviews any time soon.

Why a thief would want to appear on camera at all is a question never fully answered by Havana Marking's decent account of the crime network known as the Pink Panthers—according to the movie, the world's most successful diamond thieves and one of the globe's largest and most sophisticated criminal organizations. With a membership purportedly numbering north of 200, the group is allegedly responsible for hundreds of million dollars' worth of heists, mostly in Europe. It's too big a case for Inspector Clouseau. Indeed, when the syndicate's members discuss internal communications and structure, the Panthers sound more like a wartime resistance movement.

To the extent that "Smash and Grab" shows us the Panthers at all, they're rendered in animation, and sometimes voiced by actors. We know them only by nicknames. Most, like the Panther referred to as "Mike," are surprisingly forthcoming, discussing such details as when fear hits during a robbery (not in the moment, but after) and how to spot a decoy alarm. The director, rather too heavily laying on a techno score, supplements their stories with testimony from a Serbian reporter, Micena Miletic, and from detectives in Europe and Dubai, for whom putting the collar on any Panther qualifies as a badge of honor.

Judging from "Smash and Grab," real-life heists play out much as they do in movies, right down to the film's security-cam footage of a car smashing through a plate-glass window. One of the Panthers' few women, "Lela," discusses her frustration with donning disguises and recalls the Spanish job during which she flirted her way into work at a store, gaining the opportunity to discover vulnerabilities in the next-door jewelry place. We're taken step by step through a robbery that's deliberately timed to occur under the cover of loud fireworks outside.

The group, whose members largely hail from the former Yugoslavia, allegedly began its spree in 2000. The director attempts to contextualize the Panthers' rise—and occasional status as folk heroes—as a byproduct of wartime strife. They've turned to crime, Mike suggests, because of a shortage of real jobs. Miletic understands this POV, though is careful to note that it's a choice.

The most interesting aspect of "Smash and Grab" is that the thieves, while not exactly repentant, are depicted as fallible and human. Lela, now reformed and raising a family, feels that criminals "believe in God a lot more than regular people" because they have more to confess. Mike isn't some cool-headed mastermind, but an affable conversationalist who talks openly of his paranoia and anti-anxiety meds. With the Panthers in the news again, he may need a few extra this week. 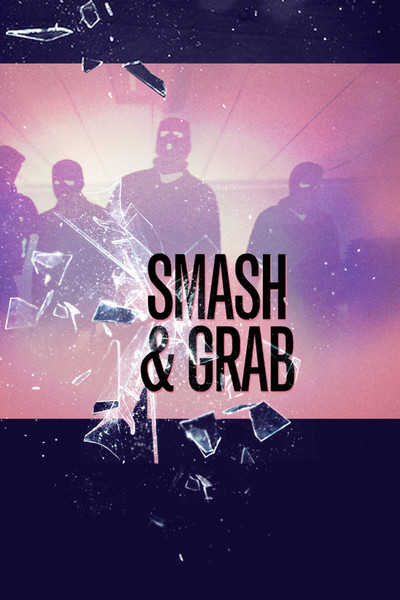