The Russian torture porn throwback “Sleepless Beauty” is a nasty endurance test, the sort of calling card genre exercise whose relentless extremity—both in terms of its explicit and psychological violence—often seems to be a goal unto itself. In this badly post-dubbed locked room thriller, unsuspecting teacher Mila (Polina Davydova) is kidnapped and broken down in an undisclosed location over the course of a few days. Her physical and mental deterioration is avidly followed and remarked upon by a Twitch-like chatroom, whose typically obnoxious commentary includes “Jump again, Barbie,” “chill tf out,” and “is this real.” A disembodied voice (Olivia Indik) tells Mila that she must stay awake, or she will be punished even further; instead of sleep, she must wear an Oculus-like headset, and watch animated videos of inhuman-looking creatures, who are violently and repeatedly violated (imagine HR Giger for the YouTube Poop generation).

The point of this exercise is as plain as it is ugly: Mila is a test subject for “Recreation,” a group whose shadowy members are shown to be experimenting, in an establishing scene, a new method of mind control, one where abductees are mentally demolished to the point where they’re so disoriented that they’re capable of hurting anybody that Recreation’s organizers put in their path. In this context, torture is just a means of achieving some oblique ends. We never really know why, or how it works, but are rather forced to join Mila as she inevitably slips into a deranged and highly suggestible headspace. “Sleepless Beauty” isvery much what it looks like: a pat, nihilistic confirmation that the “dark web” is real, and that torture is still an effective all-purpose weapon, if your goal is to destroy anybody, at any time, and for any reason.

“Sleepless Beauty” is at least effectively disturbing, though probably not for any reasons that director Pavel Khaleev or screenwriter Aleksandra Khaleeva planned. Most of their movie is as narratively tidy as it is thematically undeveloped and visually flat: closed-circuit security cameras provide basic coverage of Mila’s punishing daily routine, but the really grisly stuff is always filmed relatively close-up, from inside Mila’s cell. Her mental collapse is precipitated by a masked thug, played by Evgeniy Gagarin (I know, try not to laugh), who is always shown wearing a black balaclava with a zipper around its mouth. Gagarin’s character never speaks aloud, because he only administers the rules and instructions that Indik lays out in an authoritarian pout. And while all this is going on: Mila’s father (Sergey Topkov) tries to find and rescue her. The rest of the Khaleevs’ dismal scenario practically writes itself.

Still, there are some moments where “Sleepless Beauty” is, in its own single-minded way, effectively gross. Mila is forced to endure a series of psychological trials, which begin after she’s presented with a bucket full of offal. Indik, speaking in a generically creepy kiddy voice, tells Mila to reach inside, but only after taunting her about an abortion that Mila may or may not have had. Sadistic stuff about Mila’s “filthy holes” and how “your mother should have aborted you.” So before Mila does inevitably reach into the “anatomical waste” bucket, and fishes out what may or may not be an aborted fetus (“Find me inside, and you can escape”), there is a genuinely distressing moment where you might wonder just how low Khaleev and Khaleeva are willing to go.

That sort of will-they/won’t-they tension is ultimately not potent or sustained long enough over 83 agonizing minutes. I mean, how many times can you remain emotionally engaged while somebody’s body and mind are viciously destroyed? Chatroom lurkers veer from cretinous snark, like “this is the content we deserve” and “just like in that old video,” to pseudo-clinical predictions about what will happen next to Mila, stuff about impending hallucinations, or her “obsessive” “antisocial” behavior. “It’s only logical” somebody remarks, which is about as grimly funny as “Sleepless Beauty” gets.

I honestly can’t tell what the point of a movie like “Sleepless Beauty” is. It’s impossible to not, at some point or another, submit to Khaleev and Khaleeva’s push-button provocations, and their fait accompli of an ending is probably the sour note that such a film deserves. But who cares? What is in “Sleepless Beauty” that needs your attention, and that you can’t already find on the actual “dark web,” full of animal torture, ritualized beheadings, and other snuff film sub-categories? This movie’s truths, about the Internet’s Pandora’s box of desensitizing sexual violence, have already been out there for what feels like forever. If you want to expose yourself to this movie’s horrors, I suggest that you either turn on your WiFi, or, better yet, turn it off. 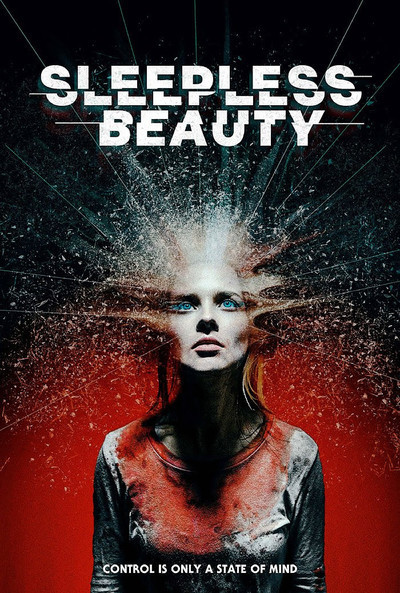 Evgeniy Gagarin as Man in black