In the discussion of men, women and abusers in Hollywood, not much has been said about the opportunities stolen from artists by those in power. It’s almost too painful a thought: Where could have the careers of women directors have gone if they hadn’t been thwarted by sexism? What art have we missed out on because someone higher up in the entertainment ecosystem decided to derail their careers?

In many of these cases, it’s a torturous game of “what if.” We’ll never know what could have been. But in the new experimental documentary, “Shirkers,” there’s a peek into a movie that once was before it was stolen from the hands of its young women filmmakers. The fragments of the teenagers’ original project are like remnants of a broken vase in the hands of director Sandi Tan, who originally wrote and starred in the group’s movie. She holds up the snippets of 16mm film and her memories of that time to the light, and you can see what it once was, the potential it had and the man who took it away from Tan and her friends.

“Shirkers,” the documentary, is a hybrid caper confessional. Tan revisits one of the most jarring experiences of her life and invites her friends, those involved with her movie in the ‘90s, and film critics to excavate the original project that gives this documentary its name. She retraces her steps from her childhood in Singapore with friends Jasmine Ng and Sophie Siddique. Tan compiles old photos and handmade zines to playfully illustrate how they all met and bonded before starting one of the most ambitious projects of their young lives: to make a movie.

In remembering her past, Tan admits she was under the influence of a mysterious American self-proclaimed impresario, Georges Cardona. He taught the teenage girls how to make a movie, and after a fateful road trip with Tan, convinced her to film her script as soon as possible. He pushed the girls to their wit’s end and squeezed money out of their bank accounts to complete shooting as he served as the film’s director. Once the filming was done, Cardona took the film stock and parts of the production with him as the three girls waited to hear from him. Tan heard from him once more before he vanished, taking all of their works and dreams with him.

The girls drifted away over the years, their hard work living only in memory. Then several years later, the raw footage resurfaced. But somewhere along the way, the sound that went with it was lost, leaving the original film forever incomplete. In her search for closure to this bizarre chapter in her life, Tan recreates Cardona’s steps to make sense of why he would steal the teens’ work. Her journey takes several dark turns, which she captures in a crisp digital format which contrasts nicely against the dreamy footage of the original “Shirkers,” which was its own twisted take on melodrama, surrealism and existentialism.

There is a sense of relief at the end of the documentary that feels like the first big breath of fresh air after stepping out of a therapist’s office. Cardona may have taken something from them they will never fully get back, but Tan’s documentary returns the narrative back to her and her friends. He no longer has the last word on “Shirkers,” they do. And isn’t reclaiming our stories what this cultural moment is all about? 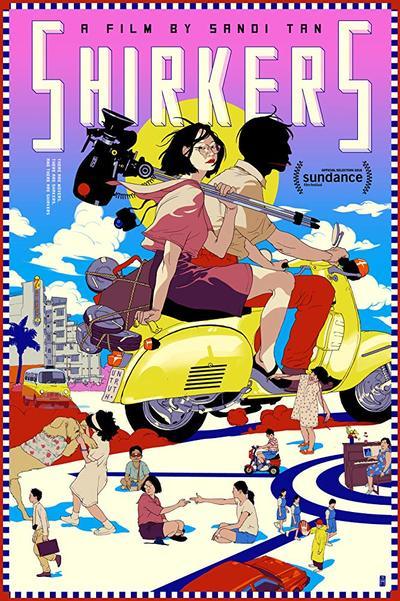