The timing of its arrival may also be propitious, In a recent in-depth, eloquently argued Village Voice/L.A. Weekly article titled "Who Killed the Romantic Comedy?" writer Amy Nicholson examines how rom-coms, once a Hollywood staple, have virtually fallen off the studios' radars in a remarkably short time. "Even as recently as 2005, five romantic comedies topped $100 million at the box office," she notes. "Contrast that with 2013: There's not one romantic comedy in the top 50 films. Not even in the top 100."

The statistics this article marshals are fairly astonishing, especially since no one argues that audiences are no longer are interested in romance explored in comic form. The genre's decimation rather has to do with the current cultures, prejudices and economic strategies of the major studios. Yet as Nicholson notes, "Bold changes come from vacuums. We're seeing it happen now. If the major studios won't make romantic comedies, independent companies will."

Certainly, indie filmmakers like Ramin Niami will. Though "Shirin in Love" isn't likely to duplicate the flukish success of "My Big Fat Greek Wedding," the most successful indie rom-com of all time, it ventures into the Hollywood vacuum with a similar blend of ethnic specificity and classic romantic comedy narrative strategies.

Its eponymous heroine, Shirin (Nazanin Boniadi) is a pretty mid-twentysomething struggling to escape the plush nest of her successful immigrant parents. A bumbling ditz in the tradition of Diane Keaton and Goldie Hawn, she's finished law school but decided she wants to be a book critic. Unfortunately the one outlet she has as a novice writer is a glossy Beverly Hills magazine published by her mother, Maryam (Anahita Kalatbari), a sculpted, peroxided, Type-A embodiment of the controlling Persian mother.

Not only does Maryam want to keep Shirin's work life under her sights—you get the feeling she's only temporarily indulging her daughter's writerly ambitions—but she also keeps nudging her toward marriage with her longtime boyfriend, Mike (Maz Jobrani), a successful plastic surgeon who has been friends with Shirin's family for years.

No wonder that Shirin acts out, as when, in a luxe party thrown by Maryam and attended mainly other Iranian-American professionals including Mike, she gets roaring drunk and has to be rescued by one of the few non-Iranian guests, William (Riley Smith). The wheels of destiny are set in motion by this encounter, but Shirin blacks out the evening sufficiently that she doesn't remember the guy when she meets him a second time. This happens when she drives up to northern California to interview a reclusive writer named Rachel Harson (Amy Madigan) and finds that she has a handsome son named William.

As it happens, he and Shirin share a host of parental issues, being dutifully loyal to their families yet also aching to break free of their constraints. Though William lives in archetypal solitude in a lighthouse a down the road from his mom—the spectacular Mendocino County and Point Arena scenery here provides a suitable setting for a blossoming romance—he and his mother are held together by secrets that stymie his efforts to break free of her orbit.

While the way the initial suspicions between Shirin and William quickly melts into deep attraction is convincingly handled, the salient flaw in Niami's script is that the audience sees that these two are meant to be together from the outset, and that's partly due to the fact that their nominal significant others are such obvious foils. William has a girlfriend (Samantha Colburn) but the chemistry between them is so negligible that she barely registers as a character, much less as a threat to the lovely Shirin.

On the other hand, the two greatest human obstacles to Shirin's happiness involve characters and performances that show Niami's comedic skills at their sharpest. Mike may be very obviously not the guy Shirin needs, but he's very believable as the guy her family would want her to have, and comic Maz Jobrani does a great job of making him a basically likable but rather childish haute-bourgeois goofball. And as the monstrous if well-intended Maryam, Anahita Kalatbari gives a turn that's like a more deliberately comic version of Faye Dunaway's maternal control freak in "Mommie Dearest." It's that good, and doubly remarkable in being Kalatbari's first screen role.

Born in Tehran, writer-director Niami previously lived in New York, where he made one of that burg's smartest indie comedies of the '90s, "Somewhere in the City." Since moving to Los Angeles, he's evidently made a study of that city's large and wealthy Iranian-American subculture (also in evidence lately in TV's "Shahs of Sunset") because its depiction in "Shirin in Love" has both a fond familiarity and an anthropological exactness. Those qualities give the rom-com staples at the story's center a new and intriguing frame.

One novel facet of the film's release is that, in markets with large Iranian-American communities, it will be offered in a Farsi-dubbed version as well as the English original. 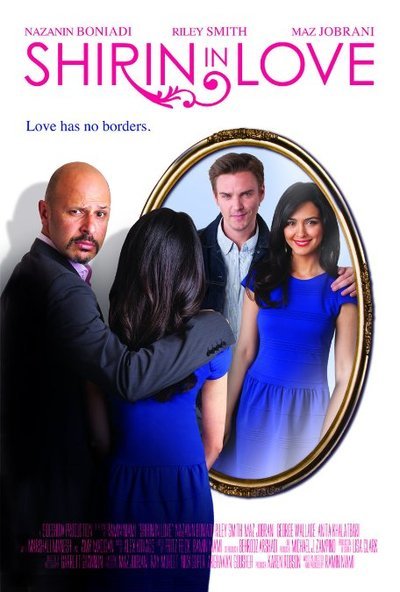