“Sauvage” opens with a scene that feels not unfamiliar if you’ve been taking in a lot of the queer cinema coming over from France these days. It’s set in a doctor’s office, and the patient is a handsome young man who looks like he’s been roughed up by both another person and by life itself. He complains of a cough, and when he removes his t-shirt there’s a bruise on his midriff. “How long have you had that,” he is asked, the young man can’t say, nor can he say how he got it: he fell, maybe.

Careful viewers won’t be wholly surprised when the scene takes a turn and the supposed physician asks the young man to strip completely. As unhealthy as the young man looks, this isn’t a real exam but an appointment in sex play. The doctor’s office is borrowed, and the young man, Léo (Félix Maritaud, of “BPM” and “Heart + Knife”) is a sex worker.

Most of Léo’s sessions are not this elaborate. Generally he hangs out on the roads crisscrossing what looks like Paris’ Bois du Boulogne, soliciting pickups either from drivers of pedestrians. He hangs with a crew that includes a sort-of boyfriend, Ahd. (Eric Bernard).

It soon becomes clear that the movie’s title doesn’t connote “sauvage” as in some perfume commercial, but a literally untamed, feral state. Léo barely knows how to read. After working the streets he’ll “wash” his face and hands with gutter water. He works on a pure instinct that’s morally incoherent. When Ahd and a few other streetworkers gang up on a new guy, an Eastern European immigrant who’s charging only five Euros for fellatio when the going rate for the other fellows is 20 Euros, Léo stands up for the guy. Later, when his relationship with Ahd seems to have gone south, he goes out on a trick with the gangly outcast hustler and doesn’t blink when his new partner proposes a scheme to drug and rip off a trick.

The actual filmmaking, and the excellent acting, do a good job of camouflaging the way Vidal-Naquet ultimately romanticizes Léo. The film puts him through the wringer to demonstrate that he’s just a wide-eyed innocent looking for love, and once he finds something like resolution, or hope, the movie indulges itself with a the-boy-can’t-help it coda. This is annoying, but not so much as to crush one’s admiration for what the picture had achieved up to that point. 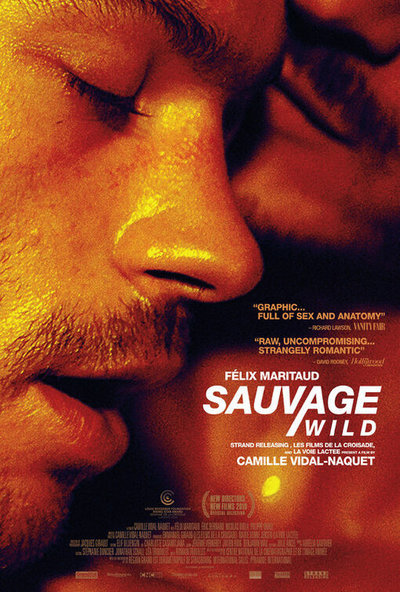