We’ve all had that sinking feeling when a film’s set-up just isn’t working. Most people flip to something else on Netflix or just lament their awful choice of VOD and find another movie to watch. Critics have a different response, which is akin to “Oh no, another 80 minutes of this?” The first twenty minutes of “Rust Creek” destroyed a good mood in this particular critic as dread set in over not would happen to the film’s protagonist but how long the next hour was going to feel. What’s perhaps most interesting about director Jen McGowan’s film is how much she rescues it from that dreadful opening act, although she can’t quite get it back to something worth recommending, largely due to a major flaw that grows more prominent in contrast as the film gets better.

Sawyer (Hermione Corfield) is headed to DC for a job interview when her GPS takes her off the freeway path and directly into a “Road Closed” sign. Most of us who have done any amount of traveling have been there, rerouted through small towns to avoid an accident on a major byway. As she struggles to find her way back to civilization, McGowan cuts to shadowy figures in the woods, indicating this is going to be a “city girl in a country world” horror story, likely a riff on “Deliverance” or “The Last House on the Left,” movies that remind us there is evil in them there woods.

And it appears that “Rust Creek” is going to be exactly a low-budget hillbilly horror film when Sawyer pulls over to check a map on her hood and a couple of clearly-no-good dudes pull over to “help.” Before you know it, her car door has been blocked and she’s been groped, but Sawyer fights back hard. She headbutts and even gets control of a knife before fleeing into the woods—her assailants follow.

The opening act is familiar and flat in terms of filmmaking, but McGowan isn’t only interested in telling a predator-and-prey horror story. Sawyer’s attackers aren’t smart enough or interesting enough to be the film’s true villains, so McGowan introduces another ally for Sawyer and a few local cops who may have hidden agendas. And she ends up sketching a surprisingly vibrant world in these Kentucky woods, thanks in large part to great cinematography by Michelle Lawler. You can feel the cold Southern air even as the sunlight streaks through the trees. It’s a remarkably confident use of setting, and the most well-done aspect of the film.

The problem with “Rust Creek” comes back to tone and protagonist. It’s ostensibly a thriller, but it’s rarely thrilling, way more interesting with its character beats between Corfield and the movie-stealing Jay Paulson than in any of the scenes that feel like they should be tense but aren’t. And the biggest problem of all is that Sawyer is the least engaging, least realized character from Julie Lipson's script. She’s a device more than an actual person, and so we struggle to care what happens to her. I found myself more invested in the ins and outs of the drug trade in Kentucky than the plight of the woman who got stuck in it. 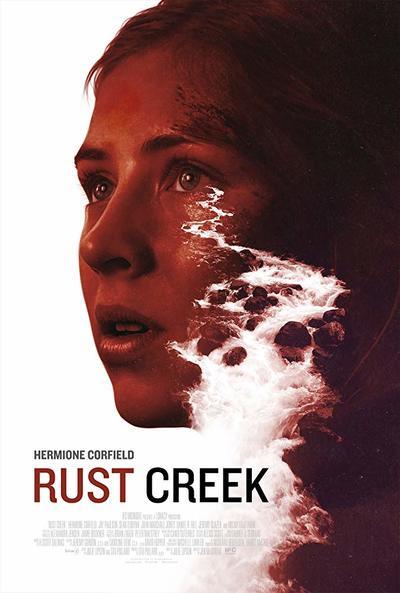 Rated R for violence, language and some drug material.

Micah A. Hauptman as Hollister