There have been a depressingly large number of films about how our culture of toxic masculinity can lead to cover ups of crimes like sexual assault and rape. But what separates the harrowing “Roll Red Roll” is the approach by the filmmaker Nancy Schwartzman. The victim of this case is only referred to as Jane Doe and we only see the perpetrators in news footage, photographs, or through their social media posts and texts. How does one make a story about a crime without speaking to the criminal or the victim? Schwartzman’s tack allows her to paint a picture of how something like this impacts an entire community, from the people who almost instantly took the side of the accused to protect a football program, to the reporters who broke the stories, to those inspired to come forward and reveal their own traumas. Some of the filmmaking here is a little frustrating, but “Roll Red Roll” is ultimately an insightful portrait of an entire city shaken and altered by one heinous act, amplified by modern technology.

“She is so raped right now.” These are some of the first words heard in “Roll Red Roll,” over footage of the peaceful town of Steubenville, Ohio. Before long, it won’t be peaceful at all, descended upon by international news outlets and even the Guy Fawkes-wearing members of Anonymous. But, at the beginning, confusion reigned. A girl woke up after a party, unsure of what had even happened to her. Other party goers knew the truth, and it started to spread on social media that two members of the popular high school football team—Trent Mays and Ma’lik Richmond—had raped a girl who was basically unconscious from drinking too much. A blogger named Alexandria Goddard caught the story as the case was developing and scoured the social media of everyone who knew about the party and discovered a horrifying truth.

It was a truth that a lot of people didn’t believe at first. Or didn’t want to believe. Police interview footage with the boys’ coach about the definition of rape is upsetting, as is what sounds like talk radio footage that could be linked to under the internet definition of "victim blaming." For a good while, it seemed like Alexandria’s story wouldn’t make a difference—and the blogger herself was verbally attacked and even sued for libel. And then something remarkable happened when Anonymous caught wind of what felt like a cover-up. They went deeper than Alexandria could possibly have and found the proof to completely change the narrative.

Clearly, there’s a lot to analyze here. Without social media, what happened to this Jane Doe would likely never have been uncovered. The police claimed they were investigating, and maybe they would have gotten around to charges, but a case in which the victim can’t remember what happened can be very hard to prove. Social posts, hacked videos, rallies led by Anonymous —these are all modern aspects to crime solving and dealing with trauma that didn’t exist until very recently. I wish, however, that Schwartzman dug a little deeper into how they impacted this case, and maybe even how these elements are impacting crime solving, reporting, and dealing with trauma on a larger scale.

Some of the other choices in “Roll Red Roll” are a bit baffling—especially an overcooked credits sequence set to hardcore punk band Amen—but the story is one worth telling, a reminder that social media can offer a window into a toxic environment that we wouldn’t otherwise have. The only way to fix it is to look through that window, talk to our children about what’s right and wrong, and support victims. As dangerous as social media can be, it led to justice in this case. And while it was undeniably something that caused pain the night of the rape and the next day as it amplified and inflicted more trauma on Jane Doe, it was also ultimately a catalyst for people to heal. 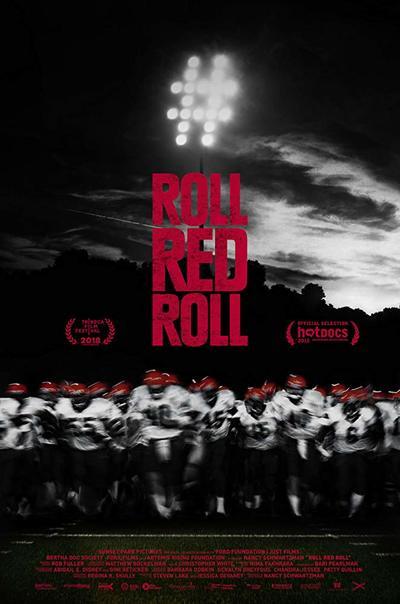