“River Runs Red” opens with Taye Diggs’ Charles Coleman talking to his young son about Muhammad Ali; “He was your daddy’s hero,” he tells the boy. “I thought he was a boxer,” the kid responds. Well, he was, but he was so much more. The next sequence shows Charles screwing up in law school. In the third sequence we see Charles in his comfortable home, now a judge; his wife Eve (Jennifer Tao) is a police officer; and the son, C.J., is about to enter the Academy. A law-enforcement family.

But things don’t go as planned. Instead, C.J. is shot to death by a couple of bad cops, their badness telegraphed by cigar-smoking, greasy hair, paunchiness, and general idiocy. Despite their stupidity, they succeed in planting evidence on the corpse to exonerate them. And so Charles, who at one point tells Eve, “I’m the only black judge this town has ever seen. If I quit they win,” is compelled to go beyond the law for his justice.

One of several reasons “River Runs Red” is such a resentment-generating movie is that it takes a vitally serious subject and makes such a relentlessly dumb hash of it. Written and directed by Wes Miller, the movie not only fails to create a credible atmosphere for its action—inquests and other such hearings are staged and shot in rooms that are eerily empty; not a single scene in the movie feels like it’s being enacted in a setting in which anyone actually lives, let alone a busy city—but it’s packed with nonsensical digressions.

One of the cops, played by Luke Hemsworth, is plagued by guilty feelings after the shooting; there’s a genuinely peculiar sequence in the death’s immediate wake in which Hemsworth’s character goes into his home shower and is joined by his wife; then, dressed, he goes up to his towhead son’s room, and looks at him sleeping. Aw, everybody feels bad! Seeking revenge, Digg’s character enlists another father (George Lopez), whose son was killed by the same officers. Lopez’s character is ostensibly more “street” than Diggs’, so Diggs tries to explain himself better. “My father in law thought I’d end up in jail or in hell, and he only hoped I wouldn’t drag her”—Eve, that is—“there with me. And now I’m a judge,” Diggs says.

“What would he say to that?” Lopez answers.

Wait, THEN WHY DID YOU TELL THE STORY IN THE FIRST PLACE, MAN?

Later sequences include Diggs’ character trying to seduce his wife with Chinese takeout—remember, their only son was shot to death just days before—to the tune of Tavarius Polk’s “Shoulda Coulda Woulda." In an intercut scene, Hemsworth’s character is depicted as so depressed he doesn’t want to have couch sex with his own wife. No, really.

By the time one character has, near the point of death, soliloquized on why one has to smoke cigars from tobacco grown on Cuban soil, rather than just from Cuban seed, and Diggs and Lopez do quasi-martial arts battle with some characters who have had zero to do with anything prior and have zero to do with anything after, any relation to social relevance the movie might have had has melted in non-involving action not-quite-pyrotechnics. If John Cusack, in the role of a “veteran” investigatory who aids but does not ultimately abet Diggs and Lopez, looks befuddled as to what the hell he’s doing, I’m sure if you take a selfie at the hour-and-twenty-five minute mark or so you might look even more at sea than he. 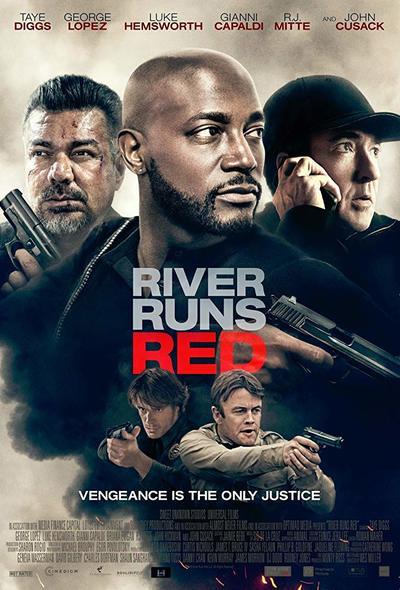