Disney has long since been enamored with sports movies. Their titles span decades and center on various sports and infamous figures. They also range from profoundly moving narratives like "Remember the Titans" to the cringeworthy like "The Big Green." Sports biopics, in particular, are always a gamble, because they truncate the experiences of real-life people in two hours or less. However, when "Rise" emphasizes its good casting and moving dialogue, this new Disney sports film is well worth the watch.

Executive produced by Giannis "Greek Freak" Antetokounmpo, "Rise" follows the story of the NBA star and his brothers, Thanasis Antetokounmpo and Kostas Antetokounmpo. The film chronicles the early lives of the Greek-born brothers of Nigerian descent. Through their family's determination, faith, tenacity, and work ethic, they rose above their circumstances and hardships to become sports phenoms and household names. Real-life brothers Uche and Ral Agada portray Giannis and Thanasis, respectively.

The Antetokounmpo brothers' story begins in Lagos, Nigeria, in 1990. Their parents, Charles and Vera Antetokounmpo (Dayo Okeniyi and Yetide Badaki, respectively), make the harrowing choice to leave their homeland for Greece, leaving their firstborn infant son behind with relatives.

So often, Disney films smooth over some of the uglier bits that plague human society. However, in showcasing Charles and Vera's journey from Lagos to Istanbul and eventually Athens, award-winning Nigerian film director Akin Omotoso refuses to shy away from the racism, xenophobia, humiliation, and everything else the two encounter. Yet, he never dwells on these dark aspects of the narrative—this story is about family bonds and the determination to see a nearly impossible future.

As newcomers, the Agada brothers do a good job here, and the film spotlights things like Giannis' birth in 1994 and a fateful moment in the park when he first became intrigued by the game of basketball. Unlike many sports films, the actual game isn't the true star here.

Instead, the film's real star is the Antetokounmpo family unit. Their immigration status and lack of finances are threaded throughout the narrative, but they are always shown in vibrant colors against a modest but warm background. Okeniyi and Badaki's performances are particularly impactful as two hardworking and proud people determined to make a better life for their five sons. Moreover, without dwelling on the injustices the family faces, Omotoso criticizes the eroding immigration systems across the globe and the inhumanities that people face as a result.

Admittedly, "Rise"'s near 120-minute runtime feels quite lengthy at some points, especially since the audience already knows how it's all going to end. Some of the sequences with the family struggling for stability felt redundant, and the film would have benefited from a tighter edit. However, Omotoso hits his climax and final act on the head. Seamlessly interweaving footage from the film with archival footage from the 2013 NBA draft, Omotoso creates a strong tension as Giannis and his family desperately wait to hear if he will be drafted or sent away to Spain, simultaneously exposing his family's immigration status to the world.

In one of the film's final sequences, a Nike rep asks Giannis to tell her why he stands out among all the other young men vying for a chance at greatness. He relays a story about sharing gym shoes with his older brother, of hiding from the police and sleeping on the gym floor. The moment is so heartfelt and wondrous that when the audience remembers how Giannis, Thanasis, and Kostas became the first trio of siblings to win an NBA championship, they will think to themselves, "Of course they did." 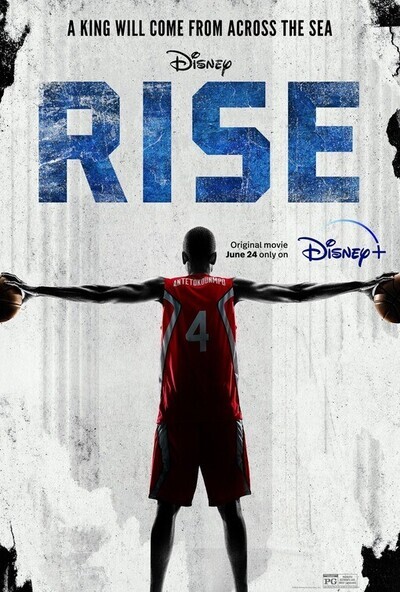