There is a poem by Sharon Olds called “I Go Back to May 1937,” about a photograph of her parents when they were still in college, before they were married. She says, “I want to go up to them and say Stop,/don’t do it ... you are going to do things/you cannot imagine you would ever do,/you are going to do bad things to children ... ” Writer/director Richard Billingham is also inspired by photographs of his parents who did bad things to children, but in this case he was the one who took the pictures. Ray’s a Laugh is his acclaimed 1996 collection of photographs of his family, reflecting the poverty, terrible neglect, alcoholism, and squalor of the environment he and his younger brother lived in as children.

Billingham continued to explore his family and his past with a short film, now expanded into “Ray & Liz,” his first feature, named for his parents. It begins with a wordless sequence in the present as Ray (Patrick Romer), still living in the housing project where Billingham grew up, spends each day in a drunken haze, sipping homebrewed hooch delivered by a neighbor, never leaving his bedroom.

In two flashbacks, we see the earlier years of the Billingham family, unremittingly bleak and strangely disconnected. Are these Ray’s memories as he gazes out of his window? Probably not. It seems all he is looking for is a glimpse of Liz, who no longer lives with him.

It is more likely that the scenes set in the 1980s are Billingham presenting us with own recollections, though they are filmed in a flat, near-emotionless manner. Billingham is not accusing his parents or explaining their circumstances as an example of Thatcher-era deprivation. He is just reporting what happened. The same kind of observational removal that allowed him to survive and to separate himself from his circumstances makes him more focused on documentation than illumination. The closest he comes to commentary is in the casting of Liz in present day. She is played by a contemporary counterpart, British reality television celebrity Deirdre Kelly, who appeared on “Benefits Street,” a 2014 series about welfare recipients. And we see that even as a child he was recording the world around him.

Filmed where it actually took place, Billingham shows us the cramped, dingy apartment in what the British would call council housing and we would call the projects. He frames many shots more as though they were still photographs than cinematic narrative and has frequent cutaways to static or near-static images like a painting on the wall or a bird in a cage, sometimes showing only a part of a character’s body. It may replicate the distraction or displacement a young Bellingham experienced as a coping mechanism, but it becomes distracting and self-consciously arty.

In the past, Liz (an excellent Ella Smith) smokes and works on jigsaw puzzles. Ray (Justin Salinger) brings her cups of tea, stepping over the two boys as he crosses the room, past a dog, a bird, and a mouse, and carefully placing the cup to make the handle most convenient for her. But Ray and Liz overlook the children unless they need them to fetch something, and the only food we see them eat is what they have prepared themselves. No one pays attention to the pets, either, though the camera repeatedly cuts away to them, as it does to the flies in Ray’s bedroom in the present day.

Ray and Liz go out, leaving the boys in the care of Ray’s cognitively impaired brother, called Lol (Tony Way). A neighbor named Will (Sam Gittens) comes over and in an excruciatingly painful scene he gives Lol so much liquor that he throws up and passes out. Will steals Lol’s money, hands the toddler a carving knife, creates a mess, and leaves. This leads to a scene of horrific abuse, following by a bone-chilling act of deception.

The next memory takes place about seven years later. Again, the younger boy is put in a situation of life-threatening risk, and again his parents show little concern, except for the reduction in their welfare benefits when he is removed from the home. Liz is more helpless than sad, only asking for a cigarette when she gets the news.

Olds’ poem about her parents concludes: “Do what you are going to do, and I will tell about it.” That is what Bellingham does here, in a brutal film about brutality. With its very tamped-down emotion, Bellingham's decision not to attempt insight or empathy is the most telling display of the consequences of his story. 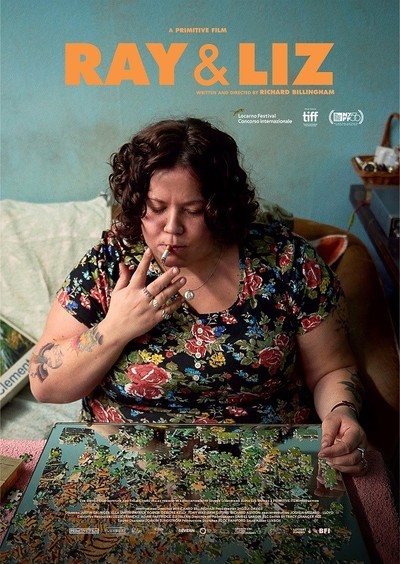 Sam Gittins as Will