For those who may not know the story of Quincy Jones, one of pop music’s most gifted producers, this documentary on his life’s work offers a personalized glimpse into a bygone world of entertainment and the legacy of racism that black artists still grapple with today. And for the many people who may only recognize his name from the back of their Thriller record, Alan Hicks and Rashida Jones’ “Quincy” will be a trip to watch as a cast of celebrities share their memories of one of the hardest working men in show business.

When “Quincy” opens, it’s the image of the man we see in star-studded photos. He’s partying a little too hard for his age and still working overtime on who knows how many projects. As a mentor once told me, life has a way of slowing you down when you’re not paying attention. In Jones’ case, it was a serious health scare just after his 80th birthday that made him leave excessive drinking and stress behind for a while. Home footage shows his family gathered around his bed, Jones’ daughter Rashida included, as Quincy lies back looking weakly at his loved ones. If I didn’t know Quincy was still with us when the film was completed, I might have assumed this was a eulogy.

Fortunately, as Jones is recovering, his voice traces his evolution from a wannabe tough kid from the South Side of Chicago to organizing the opening extravaganza of the Smithsonian African American Museum, with President Barack Obama, Oprah Winfrey and Tom Hanks introducing some of the surviving Tuskegee airmen. At times, Jones is surprisingly candid about some of the more painful moments of his life, including his estrangement from his mentally ill mother.

Jones is also open about the racism he faced on the road, like when he played a town which had recently lynched a black man before Jones and his men arrived—they relied on their white bus driver to get food, as black men were unable to enter restaurants. Jones fondly remembers when Frank Sinatra stuck up for him and other black performers who were discriminated against by Vegas hotel owners—after Sinatra threatened to take his singing elsewhere, the Vegas strip desegregated. Film composer Henry Mancini recalls a time as well when a movie producer reached out to him to see if Mancini would recommend hiring Jones for a potential project. The producer was unsure of whether or not black people could score movies.

With so much ground to cover in Jones’ illustrious career, certain aspects of his biography inevitably feel rushed or glossed over. For instance, Jones becomes remorsefully introspective about the dissolution of his several marriages, but he doesn’t spend a lot of time grappling with why things didn’t quite work. There’s also a voice or two that felt like they were missing in his overall portrait, and their absence is never addressed.

The documentary connects his present day work ethic to his past, and contrasts yesteryear’s heartbreaks to the large, family-filled parties he still enjoys. Jones did so much more than just unleash some of pop’s most successful records of all time. He broke records throughout his career, helped organize Live Aid and other philanthropic ventures, he tried to unite rappers together to set aside their differences in the '90s and today, he’s still seen as a mentor figure for younger musicians. With so many stories and legends to interview and feature, it's no wonder the film runs about two hours.

This review was originally filed from the Toronto International Film Festival on September 12th. 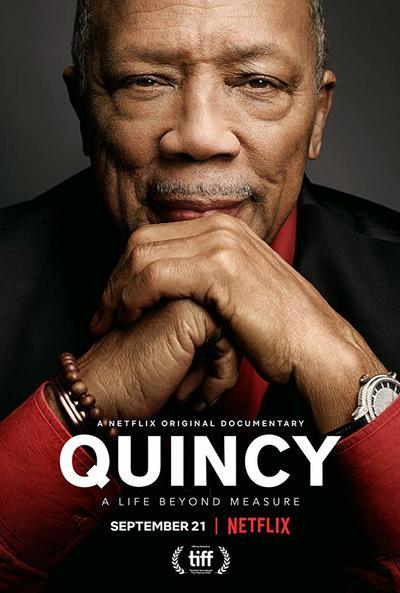