Vincent Cassel is incapable of being uninteresting. His Gallic charm, wolfish features and ever-present hint of a slitheriness lurking beneath the surface commands you to watch him. Very closely. His domineering dance master in “Black Swan” is typical of the sorts of complex characters he plays. One minute he is your supportive coach, the next minute he is using his powers of persuasion to warp your fragile mind.

“Partisan,” Cassel’s latest movie that smartly keeps his innate menace on a slow, low simmer, isn’t nearly as convincing or compelling as its star. The feature debut of Australian director Ariel Kleiman, who co-wrote the script with partner Sarah Cyngler, is a moody drama that employs a dystopian-type premise that is not too far afield from a typical young-adult book series although with loftier aspirations and a less propulsive pace.

We watch as Cassel’s Gregori, first seen toting pieces of wood as if it were a cross, turns an abandoned residential area near an unidentified rubble-filled city into an idyllic compound cut off from the rest of the world. It will eventually serve as the living quarters for a cult consisting of damaged women and their children. We then observe this charismatic man with a mission as he recruits his first two members after walking into a maternity ward and spying  Susanna (Florence Mezzara), the one new mother with no flowers next to her bed. He kindly gives her the bloom off his own jacket and soon she and her newborn son, Alexander, are on board.

Jumping ahead, the focus switches to Alexander (Jeremy Chabriel, blessed with a delicate handsomeness but not quite up to the challenges of his role) as he celebrates his eleventh birthday. He is the eldest of a brood of 20 or so children of different mothers who live in this seemingly happy commune. The female adults garden, tend to livestock, cook and wash clothes while Gregori teaches his young charges in a makeshift classroom.

Obviously, there is more than meets the eye here, especially when this charismatic patriarchal leader has the kids use boards filled with balloons for target practice and stages paintball games. Soon enough we realize that they are being trained as pint-size assassins, with Alexander at the head of the class.

There comes a point, however, when “Partisan” becomes a bit maddening in its insularity. At no time are we told where we are, what the time period is, what happened to the area outside of the commune, why everyone speaks in seemingly different accents and, most importantly, the motivation behind Gregori's desire to launch this unusual extended family beyond creating a potential army of mini killers. One can assume that he is sleeping with the female adults and has fathered many of the children but there is not even a smidge of jealousy between them.

It is fine to maintain an air of mystery in a movie by keeping exposition to a minimum, but we don’t even know the principles that guide this flock led by the Svengali-like Gregori, with his Jesus beard and casual wear that includes Hawaiian shirts, other than they should never question his authority.

What we do find out is that this guy loves to throw karaoke parties—which he uses as a reward for the children—and he’s old-fashioned enough to hand out gold stars to his hardest-working students. Heck, he even has an indoor pool party with inflatable palm trees. But as Alexander grows older and with a baby brother on the way, he begins to show signs of rebelling against control-freak Gregori’s unreasonable rules, and seemingly develops a moral code of his own.

Actually the most interesting of the child actors isn’t Chabriel, who is mostly a silent observer, but the boy who plays Leo (Alex Balaganskiy), the newest young cult member who dares to verbally confront Gregori and challenge his commands. When the despot is puzzled after the lad mentions something about “danger feathers,” Leo openly scoffs that a grown-up like him doesn’t know what they are.

Kleiman has said that he wanted his film to be told entirely from Alexander’s point of view, but the character is too one-dimensional to fully act as our stand-in. The device also seems to be a cop-out of sorts. At one point, Alexander’s mother tells him about having a strange dream where she was walking down a hill filled with grass and poppies, and wonders why she was not walking uphill instead. He observes that it is “easier that way.” That is meant to be a not-so-veiled reference to how his mom has surrendered her will to Gregori. But it also describes the path that “Partisan” is too willing to take. 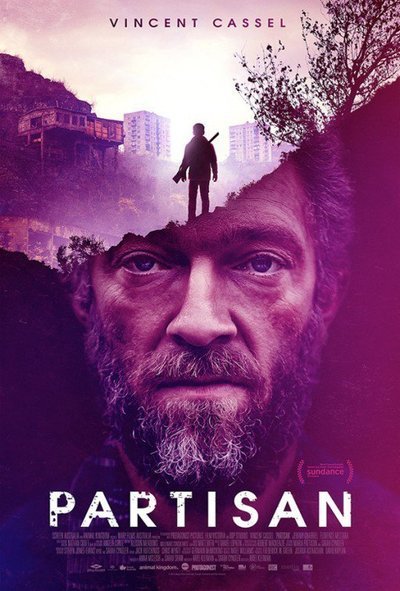