Dallas Mavericks stalwart Dirk Nowitzki's 17-year career in the NBA would make a pretty good sports movie even without any broader context. Starting as a skinny, overwhelmed teenager struggling to live up to superlative assessments by scouts, coaches, and players, Nowitzki evolved over time into one of the league's great stars, the best outside-shooting big man who ever was, and eventually shook off several embarrassing playoff defeats to win a championship. For the most part, the documentary "Nowitzki: The Perfect Shot" (distributed by Magnolia Pictures, whose co-owner Mark Cuban also owns the Mavericks) uses Nowitzki's NBA career as its structural baseline, and includes many of the standard boilerplate testimonials from teammates and rivals. Basketball aficionados will note the subtle significance of the measured comments about Nowitzki's competitive nature and work ethic from the notoriously and sternly competitive Kobe Bryant as being the equivalent of extremely high praise from anyone else. But where it is most interesting is in its focus on Nowitzki's longtime personal basketball guru, Holger Geschwindner.

The proprietor of a self-described “Institute for Applied Nonsense” in Bavaria, Geschwindner is a beguilingly eccentric German basketball legend who reportedly once scored 100 points in a single game, a la Wilt Chamberlain, and applies a serious study of math and physics to basketball training. His intent is the creation, per the title of the film, of the perfect shot, with adjustments for angle and force based on angle and distance from the basket. (Geschwinder's computer model also adjusts for heat and gravitational pull, as he demonstrates for the filmmakers, with hypothetical locations for basketball including the sun, moon, and Mars.) He learned the game from the representative sent by Germany to learn the basics of basketball from the game's inventor, James Naismith, himself in preparation for the 1936 Olympics

The angle of Geschwinder's unique perspective on the game, with his mythic connections to its very origin, could very well yield an entire film of its own, and it is by far the most interesting part of "Nowitzki: the Perfect Shot." The majority of the film is instead given over to the linear and more familiar story of Nowitzki's NBA career, which is, as above, a fairly interesting one in itself, but it's one characterized by consistency, diligence, and endurance rather than a more visually poetic form of dominance. His play itself is a frequent splendor to behold, in particular his now-trademark one-legged fall-away jump shot, which is not only utterly impossible to defend but also looks like nothing ever seen on Earth, kind of like a runaway genetic experiment involving Larry Bird and a flamingo.

Director Sebastian Dehnhardt frequently nods in the direction of Nowitzki's uniqueness—the one-legged jump shot is, at least, mentioned—and includes Holger Geschwindner as often as possible. The “as possible,” though, is tempered by the film's presentation, which is virtually indistinguishable from an in-house Dallas Mavericks PR video. This is not to say that the experience of watching it is unpleasant; if anything the opposite is true to a fault. The entire film is concerned with pleasantly depicting Dirk Nowitzki being pleasant to everyone as he works out and plays basketball and struggles with the burden of expectations conferred upon NBA stars, to wit, the winning of championships and dispelling any assessments of one's game as being “soft.” He faces adversity in the form of a couple painful playoff losses, but in the name of all that is pleasant, the story has a happy ending, when the Mavericks win the 2011 title! The only thing resembling a hiccup in this overall golly-shucks (which, to clarify, is not a pejorative, it's just the way sports movies are) saga is the odd 2009 episode where Nowitzki's then-fiancee was arrested for fraud, but the movie breezes right past it. There's no reason not to, as it has nothing to do with anything Nowitzki himself did, but if anything the perfunctory nature of the inclusion throws the linearity of the narrative for a brief loop; Dehnhardt could have just as easily not mentioned it at all.

Advertisement
But Monday-morning quarterbacking filmmakers (which is not the same as actual criticism) is no way to go through life, and in any case it's a reference to the wrong sport. "Nowitzki: The Perfect Shot" is a charming, light hour and forty-five minutes with just enough eccentricity to justify its being essentially a puff piece. The unique working relationship between Dirk Nowitzki and Holger Geschwindner is itself of sufficient interest to make the entire thing worthwhile, and implies that Geschwindner would make a compelling protagonist of his own film. As for this one, it's a tale of a guy who works really hard to be good at basketball, and who everybody seems to really like. And that's all it needs to be. 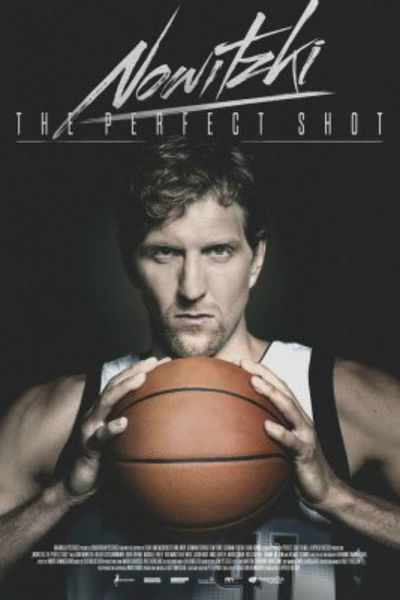