Norte, the End of History

The arrival of Lav Diaz's "Norte, The End of History" marks the end of a journey that began at the 2013 Cannes Film Festival, where it was the hit of the Un Certain Regard sidebar, and continued on through the international circuit, where it was routinely described as a masterpiece of staggering proportions by those who saw it. In most cases, that much hype can lead to ridiculously inflated expectations but with a film like this, I would think that most people would want to go into it expecting some kind of masterwork. After all, if someone is going to go to the trouble of making a 250-minute-long film that begins as a Filipino riff on the Dostoyevsky's classic "Crime and Punishment," and then grows darker and darker until a final stretch that is among the most despairing ever put on a movie screen, you don't want them to expend all that effort on a near-miss. As it turns out, "Norte" is not quite the epochal work of cinema greatness that some have suggested but it is hardly a miss either. There are moments of staggering beauty and power on display here and yet there are also moments when it seems to be ambling around with no clear idea of where it wants to go.

Set in the northwest region of the Philippines, the film spends its first hour introducing us to its dual protagonists, two men who seem to have nothing in common other than the happenstance of living in the same area. Fabian (Sid Lucerio) is a smug, self-absorbed twerp of privilege in his early thirties who was a promising law student until dropping out for vaguely defined reasons and who now delivers endless lectures on his sub-Nietzchian theories of the world in coffee house bull sessions with former classmates before hitting them up for rent money. Joaquin (Archie Alemania), on the other hand, is a poor but noble type with a loving wife, Eliza (Angeli Bayani), and two kids whose simple dream of opening a cafe is threatened when a serious leg injury decimates his savings. The other thing that the two men have in common is that they are both in serious arrears to local money lender Magda (Mae Paner).

One night, deciding to put his sub-Nietzschian theories into practice (and erasing his debt at the same time), Fabian goes to Magda's house and brutally murders both her and her young daughter, who inadvertently witnessed the crime. While he flees town, Joaquin is arrested for the murders and, after being let down by a legal system too expensive and confusing for him to navigate, he is sentenced to life in prison. Over the next four years, the film cooly observes as he tries to make the best of his horrible situation while Eliza struggles to provide for her children by manning a meager vegetable cart. As for Fabian, even though he has literally gotten away with murder, he is consumed with a sense of guilt that appears to drive him to the point of madness and not even his attempts to make amends are able to stop his descent into the darkness.

Although the above plot recap may seem succinct enough, Liau and co-writer Rody Vera stretch things out to over four solid hours with most of the plot—at least the stuff with the strictest parallels to "Crime and Punishment"—concentrated in the first 90 minutes. This may sound like an absolutely untenable running time but it has to be taken into consideration that Diaz is a filmmaker who uses extended running times (some of his previous films have clocked in at over 6 hours) as a deliberate part of a narrative approach that favors long takes and almost imperceptibly slow tracking shots over whiplash editing as a way of illustrating the slow and sometimes monotonous rhythms of daily existence. This is an intriguing approach and there are long stretches of "Norte" that are absolutely spellbinding to watch, aided in no small part from the excellent performances from the cast and the often stunning cinematography from Lauro Rene Mands.

The trouble is that there are also extended sequences in which so little happens that the effect is more tedious than hypnotic—there are points where the film makes Bela Tarr's "The Turin Horse" feel like "Run Lola Run" by comparison. This is mostly due to a screenplay that grows less and less psychologically sound the further it drifts from its inspiration—there is a long sequence when Eliza contemplates killing herself and her children that feels like a cheap shot and some of the cruelties on display in the final hour feel like attempts to jolt viewers that may have inevitably drifted off during the slower parts. For these moments to fully work, a filmmaker has to have earned them, and there are times in which Diaz hasn't completely done that. Despite that, the end results, although uneven, are undeniably fascinating even as they challenge the viewer's stamina. 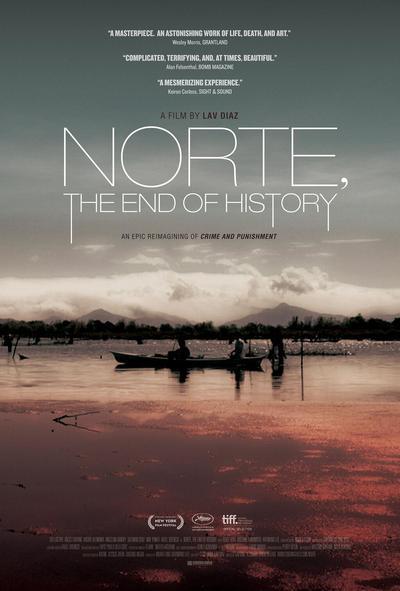