Murder of a Cat

I can't think of another recent film that has treated the death of an animal with as much casual cruelty as "Murder of a Cat." Don't get me wrong: while I love cats dearly, the operative word in that sentence is "casual" since "Murder of a Cat," a blackly-comic murder-mystery, is supposed to be cruel. This may sound odd, but the film's best gags and plot twists would consequently be much improved if director Gillian Greene, and co-writers Christian Magalhaes and Robert Snow took greater pains to mock their unreliable lead protagonist, a lonely bachelor who vows to catch his cat's killer. Viewers are supposed to pity and/or laugh at Clinton (Fran Kranz of "The Cabin in the Woods"), a high-strung man-child who "[demands] justice" when his Russian blue Mouser is found with a crossbow bolt sticking out of his belly. But even if you can accept that there's nothing inherently wrong with being a little misanthropic in the right context, you'll probably find that "Murder of a Cat"'s mean streak isn't wide enough.

When we first meet Clinton, he's already fairly pathetic. He lives in his mom's basement, where he watches "Who's the Boss?" while making his own line of action figures. Then his cat dies, and Clinton loses it. He bypasses local Sheriff Hoyle (J.K. Simmons) and launches an investigation that leads him to question everyone, including Greta (Nikki Reed), a woman with a mysterious past and a missing Russian blue, and Ford (Greg Kinnear), a suspiciously chipper local businessman.

For a while, Clinton simply looks unhinged. He whines persistently about how Mouser "was my best friend," a claim that any pet-owner knows isn't that crazy. But Clinton isn't just an animal lover: he's a nerd, which in the eyes of the movie makes him developmentally deranged and hyper-jumpy, too. Almost everyone else in "Murder of a Cat" dismisses Clinton for that reason: he is, as a local paper puts it, a "harmless oddball." He talks excitedly about gathering clues, interrogating suspects, and protecting Greta with bottomless reserves of boyish zeal. But because nobody in the film but Greta believes in Clinton's cause, his quirky behavior often manifests in shrill pleas that fall on unsympathetic deaf ears.

Since Clinton's character-defining desperation is the thing that keeps both his character's search, and the film's plot moving forward, "Murder of a Cat" often feels like it's treading water. Kranz's performance is a little too schticky, though his role is essentially a one-note joke. What really rankles is that Greene and her co-creators don't fully exploit the fact that Clinton is a comic foil in his own story. Amateur gumshoes are supposed to be reactive by nature since clues come to them, not the other way around. But everyone tiptoes around Clinton, and that leaves Kranz stranded without good material. The film's plot consequently feels like a very bland character's search for a personality.

In this light, Hoyle and Edie (Blythe Danner), Clinton's mom, are both especially disappointing. They constantly restore order to Clinton's world, making every false move he makes feel completely safe. Their kind indifference speaks to how unproductively likable Clinton is. He's completely harmless, and everyone knows it, even Hoyle, who humors Clinton throughout the film, and rarely ever complains. Clinton glides from one episode to the next, and never encounters any real obstacles, just more dots that he can connect in his own time.

But remember: Clinton is, based on his behavior, supposed to be pathetic. He even says as much when he explains to Greta in one of the film's best lines that he always wanted to be a detective: "I used to run around in tighty-whities and a trench-coat and interrogate strangers. I was 15." That's a funny line, but Kranz is off-camera when he delivers it, suggesting that Greene couldn't bear to film her lead protagonist debasing himself that much. If Clinton's creators aren't committed to taking the wind out of his sails, then they shouldn't have killed his cat in the first place. 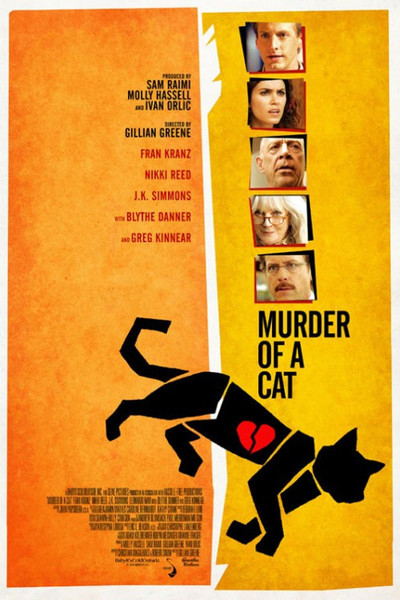