HBO’s “Mommy Dead and Dearest,” premiering tonight, is constructed like a Russian nesting doll of horror, revealing something new and unexpected in the tragic life of Gypsy Rose Blanchard and mother Dee Dee every few minutes. Just when you think this expertly-crafted true crime documentary has reached peak shock status, there’s another development that forces you to reconsider elements of the life of Gypsy Rose and the murder of her mother Dee Dee. There’s no doubt that Gypsy Rose was responsible for the death of Dee Dee, but when even Dee Dee’s parents are saying their daughter was so horrendous that they flushed her ashes down the toilet one has to wonder if she didn’t deserve it.

Dee Dee and her incredibly ill daughter Gypsy Rose moved to Springfield, MO after Hurricane Katrina, and Gypsy became something of a viral celebrity. She was an adorable little girl who had overcome a short life of horrendous pain and constant medication due to leukemia, muscular dystrophy, seizures, and slow brain development that made her act much younger than her age. She shouldn’t even have been alive, but she fought the diseases trying to kill her, and she became an inspiration for many, getting so much attention that organizations would give Dee Dee and Gypsy Rose trips to Disney World, and Habitat For Humanity even built the pair a new home. In 2015, the world would learn so many shocking truths about the Blanchards, but here’s the one on which most of them hinge: Gypsy Rose Blanchard wasn’t sick.

Sure, her mother told her she was sick, and convinced a shocking number of doctors to go along with the home diagnoses. Dee Dee Blanchard essentially kept Gypsy a prisoner, injecting dozens of medications through a feeding tube and telling her she was sick enough that the girl believed it. Of course, she also told her not to move the legs that shouldn’t work in front of strangers and would hold her hands in interviews, squeezing if Gypsy started talking about something she shouldn’t. She would shave her head because her “hair was just going to fall out anyway.” And she would make sure to get copies of all medical records, so they could move to another hospital if a doctor started to figure out the ruse. Oh, and Gypsy Rose wasn’t even a child—she was in her 20s when a lot of this fame came their way. And then Gypsy Rose met a boy online.

In June 2015, Dee Dee Blanchard was found murdered in her home and her daughter was gone. Not long after, Gypsy Rose posted “That Bitch is Dead” on her Facebook page and the whole thing unraveled. Gypsy Rose was a victim of the confounding Munchausen by Proxy syndrome, in which parents essentially keep their children medical victims, brainwashing them and even poisoning them. It totally warped Gypsy Rose, and when she met a boy named Nick online, he was like a match thrown into a barn filled with lighter fluid.

Director Erin Lee Carr has an incredible ability to answer the questions as they arise to the viewer. Right when the movie gets to the point at which you feel like you need to hear from Gypsy Rose, there she is. Right when you’re wondering what a doctor might think of this situation, there are a few of them to offer their professional opinions. The story of Dee Dee Blanchard and Gypsy Rose Blanchard is compelling enough that just telling it is half the battle, but it’s the expert construction of “Mommy Dead and Dearest” that really makes it work. Carr cuts fluidly from modern interviews with people like Gypsy Rose, her birth father, and grandfather to archival home movies of a girl who clearly believed she was sick because her mother told her she was every single day. And if you’re still wondering if such a person should be punished for finally escaping what was essentially captivity, ask yourself if Gypsy Rose even fully understood her actions. Illness wasn’t real, why would murder be? And consider this line late in the film from a relative: “She probably would have been a perfectly fine kid … had her mom not been Dee Dee.” 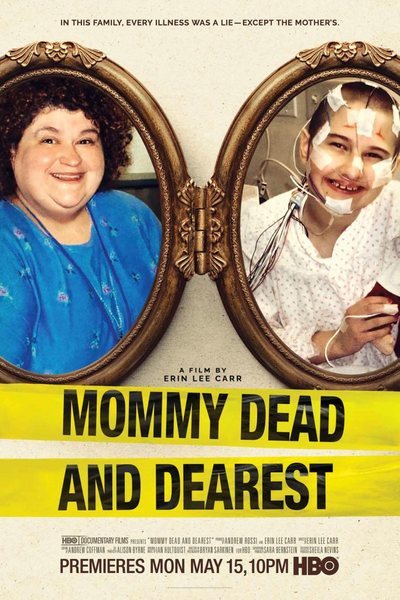