"Mojave" opens with Garrett Hedlund, with only slightly scruffier hair and beard than Ted Neeley had in “Jesus Christ Superstar,” complaining to a video camera about the ennui of having been world famous since the age of 19, and then elaborating on that discontent: “You wanna be like Byron, you wanna go to Greece, you wanna run guns in Africa," that last bit alluding to Rimbaud’s post-“A Season In Hell” career. Hedlund’s character, Thomas, is then seen ditching his French girlfriend, ducking calls from business associates and family members, and driving a Jeep into the movie’s title desert, not before buying two gallons of water and two fifths of what I took to be grain alcohol and being insufferably 80s-rock-star-rude to the old guy who sells the stuff to him. Once in the desert he tries to do away with himself, drinking and yelling “Come on!” to the howling coyotes. The coyotes don’t come. What does come is another person, a stringy-haired, gold-toothed drifter with a shotgun who sits by Thomas’ fire and rambles on about “motiveless malignancy” and complains that Ahab’s wooden leg in “Moby Dick” is an “executive decision,” that is, too obvious. This fellow, Jack, played by Oscar Isaac, grins, but as Hedlund’s Thomas, he glowers. What the hell is going on here?

What can I tell you? When a literary author whose career in book-writin’ has been kinda-sorta hijacked by Hollywood, weird feelings tend to fester under the affluent lifestyle. For this film, the second to be both written and directed by William Monahan, turns out to not be the Academy-Award-winning screenwriter’s homage to Gus Van Sant’s “Gerry,” but a revenge thriller set largely in the fleshpits of Tinseltown. What happens is, surly Thomas gets a bit of a jump on Jack, but in the process kills another man, an innocent—although in the world Monahan envisions, no one is truly innocent, except maybe the six-year-old kid who rather predictably melts into a father’s embrace in the movie’s coda.

Discovering that there’s a serial killer roaming the very desert he’s leaving (he called a limo from a motel), Thomas, remaining surly, goes back to Hollywood, secretes a revolver in the platform of his TV display (on which he watches the Death Valley climax of Erich von Stroheim’s “Greed,” a totally typical touch), and consults with sleazy lawyer Walton Googins and argues with sleazier studio head Mark Wahlberg, and has desultory sex with aloof and not-his-wife French Person Louise Bourgoin. But this is not enough Hell on Earth for Thomas. Jack finds an address on the abandoned Jeep’s registration, says “Game on,” and hitchhikes to L.A., to engage in some occasionally “Strangers On A Train” style cat-and-mouse with Thomas.

Monahan’s conception of Thomas as an unlikable but nevertheless idealized imperial artist—the film director as Calvin Klein model, Kurt Cobain and Jim Morrison combined, only as well read as Harold Bloom—is only slightly less ridiculous than his conception of Jack as Thomas’ secret sharer, an artist-manqué-turned-killer of similar erudition. (At one point Jack brags of having a “John Stuart Mill”-level IQ.) There is something kind of funny about these two bro-styled men arguing about the accuracy of a George Bernard Shaw quote while kicking the crap out of each other, but I’m not sure how much Monahan knows that, smart as he is. Like Clifford Odets in his stage play “The Big Knife,” Monahan sees show-biz decadence as practically apocalyptic. "Who’s the author surrogate?" you may wonder. And this is part of the point. When Jack says, to a dog, “The Internet is a pain in the ass. One can’t give it too much of a place in one’s life. It is a tool,” well, there’s a clue right there. But eventually you figure he’s got to fess up and give his loyalty to the guy who’s actually got some IMDB credits. Or does he? “Do you know yet which one of us is the Bad Guy?” one of the characters asks at a tense moment; Monahan clearly wants to get maximum mileage out of that question.

To his credit, the writer-director maintains a pretty decent balance between his disgust with this Business We Call Show and the movie’s thriller mechanics, which are not entirely well-engineered but do chug along to a not-unsatisfying climax. Of the two leads, it’s the impossibly sly and charismatic Isaac, as you may have guessed, who has the upper hand, and he clearly relishes reeling off Monahan’s loquacious dialogue, which makes a point of flirting with the most eyeroll-inducing pretensions. Wahlberg is pretty funny playing a thoroughly repellent wannabe mogul (movie inside-baseball nuts will be diverted by some obvious clues as to which real-life figure the character might be based on) while Bourgoin is boldly non-ingratiating as the Shallow Girlfriend In Peril. 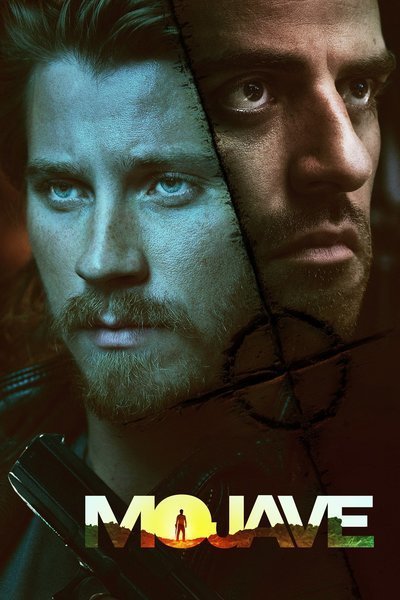