A story with a political point of view, whether implicit or explicit, will fall somewhere on the continuum between even-handedness, advocacy, and propaganda. "Miss Virginia," based on the true story of a single mother who fought for federally funded scholarships for underprivileged students in Washington DC, wants to be inspiring but it gets in its own way by landing close to the propaganda side of the scale.

Real life stories are messy, and smoothing and condensing is required to make something that happened over months or years fit into a two-hour movie. But some changes to the real story here are not meant to reveal the reality but to omit facts and characters that do not fit the political perspective they are trying to sell. Advocacy is honestly presenting all sides and showing why one set of priorities should prevail. "Miss Virginia" is the handsomely produced first feature film from the right-wing-funded Motion Picture Institute, which describes itself as creating and supporting "high-impact film and video content designed to entertain, inspire, and educate audiences with captivating stories about human freedom." But this film demonizes the other side, which only undermines the credibility of the argument they are making. The most persuasive advocates are those who are confident enough in their own position that they do not have to distort the other side.

It's fine to do some streamlining to simplify the storyline and eliminate distracting details. For example, in real life, Virginia Walden Ford (played by Uzo Aduba) has three children; in the movie she has just one 15-year-old son. And the script takes Ford's real-life experience of taking a second job doing accounting for a radio station and transforms it for the film into a second job scrubbing floors and toilets for the very politician she would at first admire and then oppose. That is more colorful and gives her an opportunity to speak to the politician about the challenges she is facing—and find a key document in the trash. As often happens in translating real-life stories to the screen, the time is telescoped. Given the entire theme of the film, it is not a spoiler to say that on screen Ford gets legislation passed that makes it possible for her son to get a scholarship. In real life, legislation takes a long time and it would be almost unheard of for even the most effective advocate to get a law enacted and funded that quickly, so it was friends, not the government, who paid his private school tuition. All of that qualifies as dramatic license.

But there is no dramatic license justification for changing the names and personalities of the real-life legislators who were involved to disguise some significant elements of the story. "Lorraine Townsend," played by Aunjanue Ellis tries to thwart Ford's legislation because she is captive to some vague special interests. In reality, the woman the character is based on is Eleonor Holmes Norton, who has spent decades advocating for underprivileged families. In the movie, crusty-but-avuncular Congressman Cliff Williams initially resists Ford's proposal because he says there is no support for it, but then, persuaded by all the signatures he collected, he becomes her champion. While they claim that the bill is bipartisan, in reality it was sponsored by 28 Republicans and just one Democrat.

The movie would have a lot more credibility—and be more successful as an inspirational drama—if it explored or at least acknowledged the real political and budgetary issues, like the impact on public schools of taking out their most promising students. And it would be more successful if it gave Ford credit for doing research and crunching numbers instead of having her happen upon some documents while she is emptying the trash.

In the film and in real life, Ford is a hard-working and devoted single mother of a 15-year-old son (an appealing Niles Fitch as James) who was struggling in the broken-down, under-funded Washington D.C. public school system, where a student is brutally beaten by classmates, just for answering a teacher's question correctly. The local drug dealer hands out candy and expensive shoes—and attention—to boys in the neighborhood who feel neglected and frustrated and who are looking for male role models. Worried that she will lose him to drugs, Virginia persuades a nearby private school to accept him, even though it is mid-semester. But she cannot afford the tuition, even with the second job she takes, scrubbing floors and toilets for Representative Townsend.

Virginia looks up to her boss, who often speaks out on the importance of better educational opportunities in Washington. But when she departs from the scripted question she was asked to deliver at a local city council meeting to express her concerns, she gets fired. James had been flourishing at the new school, but Virginia can no longer afford to send him there. He has to go back to the public school, and is once again getting into trouble and accepting gifts from the local drug dealer. Virginia hears about a program in some other cities that provides taxpayer-funded scholarships and is determined to do what it takes to make that available in Washington.

It is a daunting challenge. Washington does not have a voting representative in Congress or the Senate. The city's affairs are under the control of a Congressional committee with no connections or loyalty to the city's residents. Ford has no political power and the other side (never clearly identified or described) has very strong political connections. Congressman Williams, who was involved with the other pilot programs, is certain that the obstacles are insurmountable. Besides, he tells her, "I have a date with my 9-iron."

But they don't make movies about people who quit because someone says what they want is impossible. Aduba has a wonderfully warm, natural persona, though even her impressive acting skill cannot make us believe that Ford is really terrified of public speaking. She does make us believe that Ford is a fierce and indomitable presence, and it would be impossible not to root for Ford and her son. But the movie's effort to separate a feel-good story from its political foundation does not earn it a passing grade. 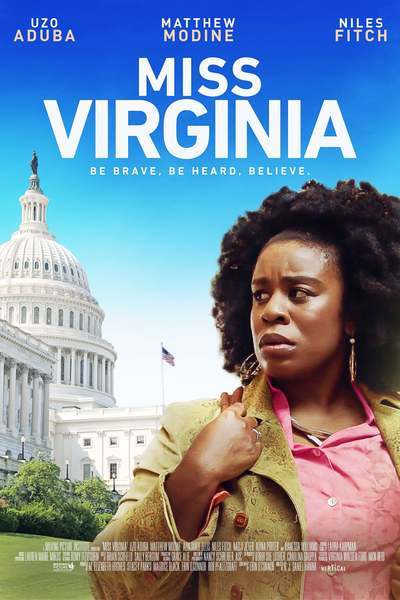