Virginia Vallejo was a glamorous Colombian television personality when she met the up and coming Pablo Escobar, who was to illegal drugs what Steve Jobs was to technology. He was a canny, highly focused, and often ruthless entrepreneur who sold wildly popular products and made billions of dollars. Except that Escobar’s products were literally addictive and his ruthlessness resulted in the torture and death of those who opposed him.

The book Vallejo wrote about their affair and her subsequent cooperation with US law enforcement is called Loving Pablo, Hating Escobar. This film, based on her book, keeps just the first half of the title, but the story it tells is not about either loving or hating the drug lord. It is about observing him and then escaping from him.

The title suggests that we will see Escobar’s story from the perspective of his mistress. But we see very little direct observation by Vallejo of Escobar’s criminal activities and very little about Vallejo herself. The love we see from her here is for designer clothes and being a celebrity and the hate is not so much for crime as for any threat to being the center of attention.

Though it claims to be based on her book, the film does not do justice to work as a journalist, bringing extensive information to US law enforcement about the political and criminal operations of those who were tied to Escobar, mostly after he died in a 1993 shootout. (She was not brought to the US until 2006.) Instead we see her trying to flirt with a US DEA officer (Peter Sarsgaard) and suggesting a strategy for catching Escobar that does not require any insider knowledge: Escobar cares about his family, so they should be able to trace him through his phone calls to his wife and children.

We finally get a glimpse of what this film could have been about two-thirds of the way through the film. In an electrifying scene, Vallejo (Penelope Cruz) visits Escobar (Cruz’s real-life husband, Javier Bardem) in the “prison” he built for himself, more like a cross between a four-star hotel and a fortress. As Vallejo explains, Escobar agreed to go to the “prison” but it was to keep him safe from international law enforcement and rival drug lords, not to keep the world safe from him. By then, Vallejo has lost her job on television, replaced by a younger woman. She is getting constant death threats. Without any other options, she pleads for his protection and ask for money.

It is mesmerizing to watch the constantly shifting power dynamic between the two of them as she switches from seductive to placating to—briefly, a tragic misjudgment—threatening, and as he switches from genial to terrifying. The scene is brilliantly choreographed, as performed by actors who are completely in tune and utterly fearless.

It would be fascinating to explore their relationship as counterpoint and illumination of the circumstances and values that led to their choices. Instead, the film spends too much time going over the same rise-and-fall material that has been a staple of many portrayals of Escobar himself and of most gangster films going back to the 1930’s. Oddly, the characters speak English most of the time, even though they are supposed to be speaking Spanish. Sometimes they are speaking Spanish, with subtitles, for no particular reason, except maybe that “puta” sounds meaner en Español.

The story is told in flashback, after an opening scene of Vallejo escaping Columbia in a private DEA plane. “I’ve had to leave a house in the middle of the night before,” she tells us, “but this is the first time I’ve ever had to leave a country.” She tells the DEA agents that she has also had guards posted outside her room, “But they didn’t wear uniforms. They wore Armani,” she sniffs. And when she says she has a headache and asks for aspirin, she is told that the hotel does not have it because aspirin is considered a drug. “Pablo would have laughed at that, too. And then he would have had them all killed.”

She is not confessing; she is bragging. She knew what would happen when, shortly after they met, she told him she could not get her husband to sign the divorce papers. Escobar “took care of it.” She laughs that “the most illegal thing I ever did was double-park,” but acknowledges, “I don’t care how Pablo makes his money, only how he uses it.” That included his paying for housing and education for the poor in his community, which Vallejo was happy to cover on television. He created jobs, too, though the jobs usually included manufacturing and delivering cocaine and killing people who tried to stop him. It also included giving Vallejo a suitcase full of US dollars and telling her to spend it all in America because there was no way to bring it back across the border. “All my life I’ve been waiting for someone to say that to me,” she gushes happily. So, maybe something more illegal than double-parking after all.

Between clunky touches like playing “Let it Snow” over scenes of cocaine operations and intense, graphic violence, there are some telling details about Escobar’s operation. The cash was piled up so high in warehouses that the losses just in bills being nibbled away by rats amounted to millions of dollars. Like any savvy powerful businessmen, Escobar gave political contributions to all candidates, so whoever won would be in his debt. He took it a step further and was elected to office himself. Speaking of debt, he offered to pay off the entire $20 billion Columbian debt to Panama, in exchange for their rescinding the extradition treaty with the US so he could safely operate there.

Cruz is stunning in Vallejo’s exquisite couture ensembles and impeccable makeup. But like the film itself, they are just on the surface. 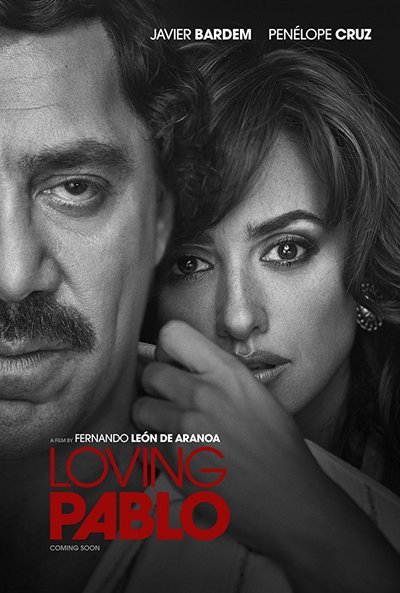