“Lorelei” is clumsy and heartfelt in equal measure, not unlike its protagonists, two people just young enough to remember the dreams they had as teenagers and just old enough to realize they’re not coming true. Anchored by powerful performances by two deeply underrated actors, “Lorelei” is a heartfelt drama that succumbs to some thin dialogue and set-ups but feels like it truly loves its outsider characters, and that empathy allows us to root for them too.

Sabrina Doyle’s film opens with the release of Wayland (Pablo Schreiber) after more than a dozen years behind bars. He parties with his motorcycle gang buddies, setting up a drama that seems like it’s about to be an ex-con getting sucked back into a criminal lifestyle, but “Lorelei” is, refreshingly, not that movie. It develops into a story of people living on the edge of homelessness, how many in this country struggle to put food on the table every single day, working menial jobs as their dreams of success get further and further away.

When he spots Dolores (Jena Malone) in a single mother’s meeting in the church in which he’s living, it’s basically akin to time travel for Wayland. After all, the two were teenage sweethearts, talking about the lives of wonder set out in front of them. Dolores even has Wayland’s name tattooed on her body, which must have been a conversation starter for the fathers of her three children: Dodger (Chancellor Perry), Denim (Parker Pascoe-Sheppard), and Periwinkle (Amelia Borgerding). She works as a maid at a cheap motel during the day and Wayland gets a low-paying job too before moving in with Dolores. The two struggle to maintain their thin economic stability; a centerpiece scene shows how Peri’s birthday isn’t everything she wants it to be, and it sends Dolores into an emotional tailspin. Like so many Americans, these are people who are one bad day from homelessness, trying to keep it together while also somehow being good parents at the same time.

Schreiber and Malone invest their characters with true depth, making up for some cliched plotting and dialogue (particularly when it comes to the three children, too often rendered in ways that feel melodramatic). Schreiber uses his massive size in an interesting way in that he’s such an imposing figure but he allows himself to also be fascinatingly vulnerable at the same time. I've always liked Schreiber and wish more directors would use him this well. He has remarkable range. He understands that Wayland is a little more cynically realistic than Dolores, but he’s also a kind soul, someone who wants to do the right thing. He just knows that doing that right thing isn’t going to guarantee you anything in this world. It's a subtle piece of work in a film that could have been nothing but melodrama.

The equally-underrated Malone matches him with a more emotionally raw performance. If she gave up on happiness years ago, the sparks from reuniting with Wayland almost breaks her. It’s as if he reminds her of what she never became. After all, the last time she saw the ocean it was with him. So while he’s everything she wants now, he’s also everything she never had then. Malone nails this complexity. They’re both fantastic—reason alone to see “Lorelei.”

Even the beats of “Lorelei” that feel manufactured connect because of the tenderness of the filmmaking and performances. It may not be a drama that one could always call “genuine,” but the leads push through the tropes to find the real beating hearts of their characters without ever being showy or exploitative. They are deeply empathetic to people like Wayland and Dolores, the thousands of people out there who right now may be putting one dream away as they try to come to terms with the present they never expected to have. 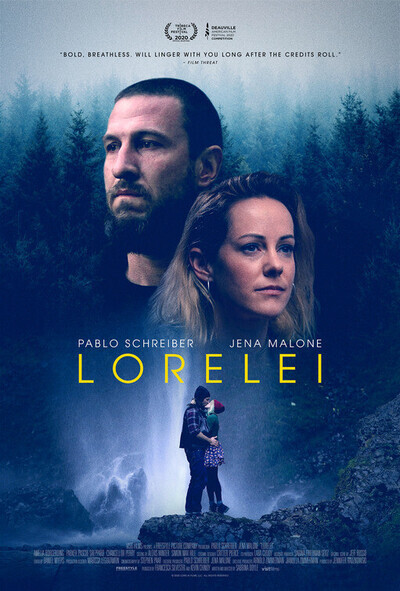