One film is a tribute to Berry, with archival footage, interviews with his family, and poems read aloud over screensaver-pretty pictures of rural images, accompanied by a plinky piano or solo violin. There are many sun flares, we assume, in part attributable to co-producer and sun flare-lover Terrence Malick. We know where this is going from the sight and sound of an analog typewriter, keys smacking a fading ribbon to press letters imperfectly into paper. The film argues that technology, big corporations, and pretty much modernity itself are what’s wrong with the world.

The other film, intermingled with the first, is a documentary on these issues, interviewing farmers about their love for farming (one says, “I’d rather make one dollar farming than ten dollars fencing”), the challenges they face (one says he cannot bring himself to admit how much he owes), and, in one case, a farmer talks about deciding to go organic. There is a jarring contrast between the poetic images of the Berry portion of the film, featuring the black and white photos of his longtime friend and collaborator James Baker Hall and the stark, un-posed footage of contemporary farmers talking.

The Berry sections are glowing and cinematic. The farmer sections are brightly lit and thin, like #nofilters on Instagram, which sharply undercuts the movie’s advocacy of farming as essentially connected to our foundational values. So do the images presented without comment of the planting and gathering of a particular crop: tobacco, and the brief appearance of migrant workers from Mexico with no acknowledgement that either might not be consistent with some values.

Berry opposes what many people would term progress, the family farm giving way to agribusiness, the work of hands giving way to the work of machines. There are a lot of valid arguments to make on this subject. Most of them are not in this movie. Instead, we get vague and unsupported platitudes about how industrialization, mechanization, and chemicals are bad and thrift, stewardship, private property, family, letterpress printing, woodworking, and dandelions are good. “The world is also full of people who’d rather pay someone to kill the dandelions than appreciate the dandelions,” Berry tells us. “I’m a dandelion man myself.” Yet he praises a farmer who “keeps the weeds out of his crops for the same reason he washes his face.”

Berry calls some of the terminology used by agribusiness and economists, “the way people speak when they don’t want to be understood by most people,” and he says that he wants to introduce “culture” into the discussion of “agriculture.” He compares the use of market forces in the US to the use of military forces by communist countries, arguing that both are “equally damaging.” But he never explains how a return to family farms will be able to meet the nutritional and economic needs of 320 million Americans and the populations fed overseas by US exports or why farmworkers should forego access to technology that reduces risk and increases productivity.

Handing down a family farm to the next generation can keep the focus on long-term sustainability, but Berry never acknowledges that the next generation might want to exercise the same right that he did in leaving the big city to come to the farm to make the trip in the other direction. “Its hardship is its possibility,” Berry cheerily assures us. Jargon can be used to obfuscate, but so can poetry. 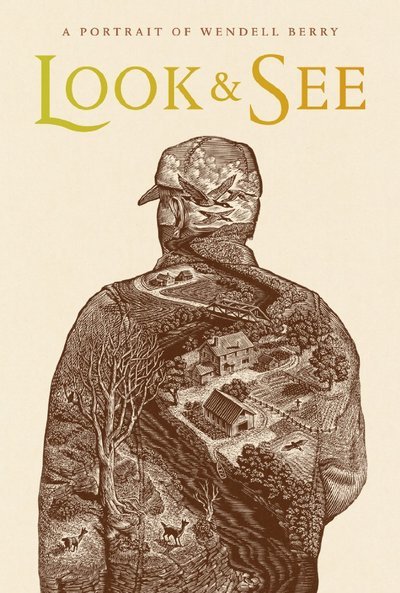 Wendell Berry as Himself (voice)

Michael Douglas as Himself

Tanya Berry as Herself

Dale Roberts as Himself

John Berry Jr. as Himself (voice)

Juan Javier Reyes as Himself

Phoebe Wagoner as Herself

Curtis Combs as Himself

Mary Berry as Herself

Arwen Donahue as Herself

Andy Zaring as Himself