This sometimes rewarding but also bothersomely uneven comedy is Julie Delpy’s sixth feature film as a director; she also co-wrote. The directorial efforts that have gotten the most exposure here in the U.S. were two that went for a certain crossover appeal: 2007's “2 Days In Paris,” in which a French woman played by Delpy visited the City of Lights accompanied by her American boyfriend, played by Adam Goldberg, and 2012's “2 Days In New York,” which saw her playing the same character in a different city, this time with Chris Rock in the boyfriend role. This film, by way of contrast, is 100-percent French, or at least European. It features cameos by Karl Lagerfeld and French chef Frédéric Beigbeder and musician Bertrand Burgalat. Its verbal humor leans heavily on allusions that you have to be at least a Francophile to get. And yet the comedy remains, as it was in the other two films mentioned, rather Woody Allen-inflected (at least as root causes go); one may also detect hints of “Sex and the City” and “Girls,” although there’s also a hint of the 2013 French girl-talk comedy “Les coquillettes.”

Delpy plays Violette, a fashion-industry workaholic who’s smart and attractive but getting a little neurotic about being nearly 45 and boyfriend-less. On a spa trip to Biarritz she and girlfriend Ariane (Karin Viard) kvell about their hot-tub treatments (their comparison of how the water jetting on to certain of their body parts immediately sets the tone for their casually frank sex talk) and Violette is encouraged to hook up with the genial Jean-René, played by French comic superstar Dany Boon. Jean-René is a software engineer from a provincial background who looks like, well, Dany Boon, so there’s your fish out of water romance there. But he’s really nice instead of fake nice, generous with oral sex, etc., so when he comes up to Paris for work, Violette is ready for romance.

But is Lolo? Lolo is the nickname of Eloi, Valerie’s son from an old and bad marriage. He’s played by angel-faced, silm-hipped Vincent Lacoste, most recently seen on U.S. screens as a Daft Punk cofounder in Mia Hansen-Love’s “Eden” and in Benoît Jacquot’s “Diary of a Chambermaid.” Lolo is immediately suspicious of Jean-René, or “J.R.” as he calls him, and initially baits the new boyfriend in droll passive-aggressive ways. At their first dinner, for instance, he gets J.R. to talk at length about the nuts and bolts of software engineering, which has the desired effect of nearly boring poor Violette to death. Lolo brags to his chunky pal Lulu (Antoine Lounguine) that J.R. will be history in a week, but the fellow proves hard to take.

There’s a lot in this picture that’s kind of interesting if not entirely effective. Delpy is pretty nervy in her depiction of Violette; she’s a relatively unsympathetic heroine, the type of person who uses her cell phone in places where you’re not supposed to and gives a “don’t you understand, rules don’t apply to ME” eyeroll when her rudeness is pointed out. Her relationship with her son is kind of a Hipster Parent day-mare, with their sharing dope and oh-so-permissive “no secrets” conversational volleys. But Lolo DOES have a secret, one that he’s successfully kept from his mother for an unusually long time. Unlike Jonah Hill’s Cyrus, the title character in a not-dissimilar “don’t f—k my mom” U.S. comedy from 2010, Lolo’s not just a lonely misunderstood manchild in need of some useful non-mom empathy. He’s kind of a full-on sociopath, and once he ramps things up from childish pranks (like putting itching powder in Jean-René’s clothes) to full-on existential sabotage, the movie seems to take a turn in to full dark comedy.

But it doesn’t, really, and that’s partially to its credit. Delpy withholds any kind of definitive payback scene after Jean-René’s life is very nearly ruined by Lolo—instead she stages an aren’t-boys-silly scene of failed slapstick recrimination. Refreshing—but not very satisfying. For all of its non-commonplace perspectives, the movie finally feels a bit thin. It is, though, beautifully cast and moves at an alert if not spanking pace. 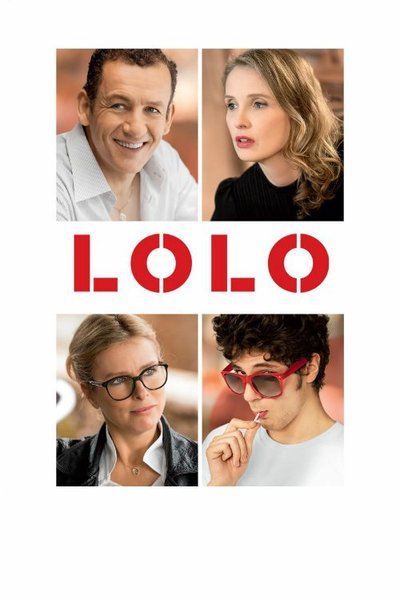