Well do I remember, in 2004, seeing a new film by Claire Denis for the first time at the Toronto Film Festival. This movie, to be precise, is only now getting an official U.S. theatrical run. More than exhilarating, it was intoxicating. At the same time as being exactly like a Claire Denis film—fierce, uncompromised, poetic, queasy, meticulous—it was also very much unlike any Denis film I’d seen before, utterly defiant of conventional linearity, and animated by a decidedly masculine undercurrent, brought to aged, big-chested life by lead actor Michel Subor.

Subor plays a man who seems to lead a fulfilling life in rural France, swimming in lakes, followed by a pair of beautiful, quiet, and loyal Japanese dogs, and exchanging sly grins with a neighbor (Béatrice Dalle) who looks after the local wolf community. But something’s awry. He clutches his chest while out swimming one day. A young lover, on a visit, reassures him she’s brought his medication. Soon we see Subor on a computer, receiving messages in Cyrillic type about a procedure that’s being prepared, for him apparently.

“Your worst enemies are hiding inside … in your heart” a mysterious young woman says at the movie’s outset. Usually that’s a metaphor. But Denis based this movie on an essay by the French philosopher Jean-Luc Nancy, about surviving a heart transplant. Both the narrative of “L’Intrus” and its eventual expansion into a bold series of poetics flights—sequences that do lean heavily on the metaphorical—were inspired by Nancy’s reflections rather than the events he specifically described. Reflections on medicine and the warding off of death, and the eventual point of warding off death. This is weighty stuff and Denis accords it its proper respect. But she also, with this film, insists on liberty—cinematic, poetic, intellectual—as liberty is, one may argue, one of the points of life itself.

As Subor’s character appears to prepare for a heart transplant in Russia, he goes about squaring things, awkwardly visiting an adult son who’s struggling as he raises a family. He attempts to drop off his dogs for safekeeping with Dalle’s character, but she rebuffs him: “They’re as crazy as you are … get out, you drive my dogs crazy.” But she smiles as she says this, with irony and tenderness. So Subor sets them free, and he looks back on them down the dirt road as he drives away, a mournful trumpet and synth stretching out a theme on the soundtrack.

Later, after being dragged through snow by a pair of riders on horseback, Subor protests to the mysterious young woman we saw at the movie’s outset, “I’ve already paid.” “You’ll never pay enough,” she responds.

One reason I remember the 2004 screening of this movie so well is due to the reactions of many of the other viewers on the way out. Denis had used surrealist and non-linear tactics before, and even in the movie directly prior to this one, “Friday Night,” but here she brought them to a whole different level. This confounded some Denis-friendly audience members and their displeasure was vivid. (I was a little surprised to see its positive Rotten Tomatoes rating, actually.)

A new theatrical engagement for the movie will hopefully further enhance its reputation. It’s a film worth seeing more than once, not because of its “difficulty” but because it’s so vital and elastic that it offers up more secrets and epiphanies every time. Denis has never gone so far out on a limb since this movie, but the excursion was an absolutely worthwhile one. 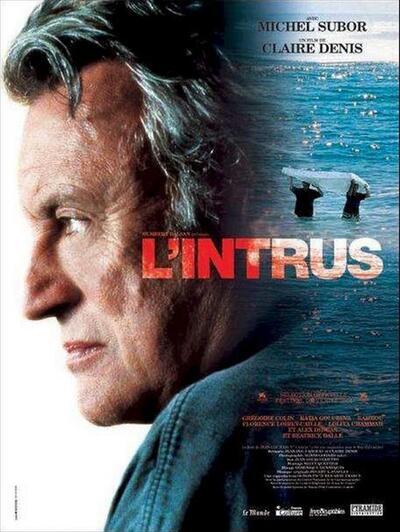