Bruce Springsteen's Letter to You

Bruce Springsteen is going through an incredibly creative period in his career, especially given he’s been doing this for a half-century. Last year, he released the excellent and underrated “Western Stars,” which was accompanied by a great companion film. Why not do it again? Only a year later, The Boss is back with another album and another companion film from director Thom Zimny, this one sharing the name of his new work, Letter to You. There are several differences between the two projects, but the biggest is that Letter marks Springsteen’s first recording with the E Street Band since 2014’s High Hopes. The band got together at Springsteen’s home studio in November 2019 and knocked out Letter to You in only four days. The album and the film echo Western Stars in that they reflect a man confronting his own mortality and the life he’s led. This one has a larger sound as fits the more arena-friendly work with the E Street Band, but the themes are incredibly similar. The film is straightforward and simple, interspersing Springsteen anecdotes and commentary with excellent, full performances. 47 years after Greetings from Asbury Park, N.J., Bruce Springsteen and the E Street Band are still making vibrant, catchy music, and “Bruce Springsteen's Letter to You” captures their undeniable artistry.

“Bruce Springsteen's Letter to You” reflects a man who still has the musical passion of youth but the wisdom of age. Reoccurring themes work their way into the narration and lyrics, but the most common are the communal and healing power of music. Springsteen takes almost a religious approach to his work, even calling it “the power of prayer,” and he tells stories from his early days in the world of music. Viewers may be expecting an E Street history lesson, but Springsteen and Zimny dig deeper, unearthing archival footage and photos of Bruce before he hooked up with the band. For example, Springsteen tells the story of The Castiles, an early band he formed with four friends, before revealing that he’s the only surviving member and leading into the song “Last Man Standing.” Springsteen looks nowhere near his age and he still has all of the musical chops, but he’s at that time in his life when formative people are gone. And that fact is reflected throughout the work, one that’s shot in an almost funereal black-and-white (leaving bursts of color to archival footage of the past).

And yet “Bruce Springsteen's Letter to You” is not a dirge. There are incredibly fun songs that one can easily picture fans singing and clapping along to when arena rock is allowed to exist again. If Western Stars was designed for a lonely listener on an isolated road, Letter to You is designed to be played loud with friends and family. And one senses that Springsteen has no more important friends than the people he has been collaborating with for more than half his life. There’s communal joy in the room as these songs come to life, and one almost wishes there were more sequences of the band writing and refining the tracks because it’s fascinating stuff.

Some of “Letter” feels poorly edited. While Springsteen is, of course, the focus, Zimny and his team over-cut sometimes to the rest of the rather large band. Even as Jake Clemons is doing an excellent saxophone solo, the film continues to jump from member to member to member. It would have been stronger with a little more patience in that department. Show us a whole Max drum solo instead of cutting to what everyone else is doing at the same time for some sort of perceived complete picture.

“Bruce Springsteen's Letter to You” may be more “for the fans” than other concert films (and more than "Western Stars"). It’s not a gateway film for the work of Bruce Springsteen and the E Street Band. On the contrary, Springsteen and Zimny know that most of the people who will watch this grew up with The Boss, and they may be considering their own glory days in the twilight of their life. Bruce has always had an amazing ability to speak to the common man and he’s now found a contentment five decades into that conversation, realizing where all the journeys have taken him. If you’ve ever listened to a Springsteen lyric and felt a common voice or even just a pang of recognition, you’re likely to see some of your own life in the path from The Castiles to “Bruce Springsteen's Letter to You.” And you’ll want to find some friends and clap along to that artistic connection as soon as possible. 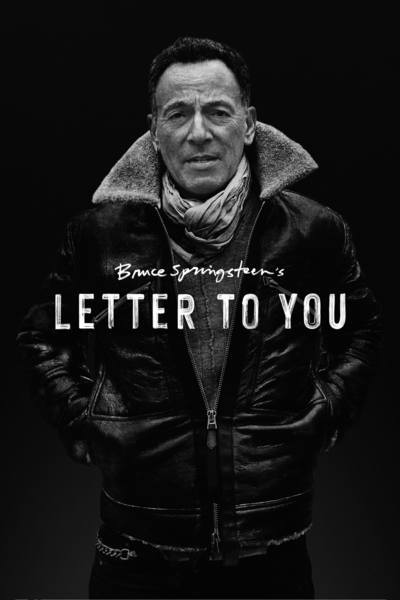 Bruce Springsteen as Self

Roy Bittan as Self

Nils Lofgren as Self

Patti Scialfa as Self

Garry Tallent as Self

Steven Van Zandt as Self

Max Weinberg as Self

Charles Giordano as Self

Jake Clemons as Self