Leonard Cohen: Bird on a Wire

"Bird on a Wire," a documentary that follows late Canadian poet/musician Leonard Cohen on his 1972 European tour, is an atypical concert film in that it's most compelling when Cohen is not on stage. This is partly because Cohen, whose "Hallelujuah" and "Bird on a Wire" have been covered by everyone and their mother's podiatrist, has a modest stage presence. His line delivery is consistently soulful, his tone is measured. But filmmaker Tony Palmer doesn't always seem to know where to place his camera, an unfortunate byproduct of filming a performer at a live venue. Palmer favors a rather basic close-up shot of Cohen's upturned face, surrounded by a halo glare created by bright-white stage lighting.

Thankfully, Palmer captures a fascinating side of Cohen when he's backstage, trying to maintain a generous, mild, grounded persona during encounters with bandmates, would-be groupies and interviewers. Cohen's struggle to keep an air of cool grace during these interstitial scenes is crucial. Footage of Cohen struggling to remain true to himself without inconveniencing others contextualizes and adds extra weight to his performances, especially footage of Cohen's infamously self-disrupted Jerusalem concert.

Before he, in his words, "[bombs] in Jerusalem," Cohen plays songs from his best early albums (mostly Songs from a Room and Songs of Leonard Cohen). There is an intensity to his performances, but his prophetic lyrics often feel enigmatic. Biblical imagery crop up in songs like "Story of Isaac," "Passing Through," and "Who By Fire," which are in turn supplemented by melancholy love songs, like "Famous Blue Raincoat," "Seems So Long Ago, Nancy" and "That's No Way to Say Goodbye." There are constant reminders of the impoverished, quasi-bohemian lifestyle that Cohen chose (his well-to-do family provided a generous upbringing) throughout these songs, and they remind listeners that he is not a dilettante romanticizing poverty for its own sake. He can hear the self-abnegating side of Cohen's elusive personality when he chants, "No, it wasn't very good, there's no reason why you should remember me," a mantra that confirms Cohen's tongue-in-cheek self-description as a combination of a Montreal chansonnier and a Jewish cantor.

Still, you can also hear Cohen's constant fear of inauthenticity in that simple incantatory line. He jokes with the Jerusalem audience, for whom he only performs two songs before ultimately retreating, saying that "the Kabbalah says that if you can't get off the ground, you should stay on the ground." Cohen's artistic and social concerns appear to be the reverse: how to stay on the ground when it feels so hard to make the balls of your feet touch the earth? Palmer shows Cohen during several impromptu back-stage interviews, some with professional journalists, and some with casual interlocutors. These people always want something from him, usually explanations that would compromise his mystique. But it's not just an aura of mystery that Cohen is protecting when he says that he doesn't want to talk about his creative process, or doesn't think he'll be able to make it with a flirtatious German fan, or doesn't know what to say about his popularity. Yes, Cohen's modest replies are a different kind of performance, a fact that Cohen acknowledges on-stage when he instructs future "descendants" watching Palmer's footage to not remember him.

When Cohen talks about whether he's a "practicing Jew" ("I'm always practicing"), or how he defines success ("Success is survival"), you see Cohen as a star whose sense of spirituality comes from a devout need to remain small and humble. This is Cohen as a star adjusting to the pressures that come with his fame. This is Cohen as a trapeze artist, trying to be himself—"to be free," as he sings in "Bird on a Wire"—without failing to meet his audience, colleagues' and personal expectations.

"Bird on a Wire" is a time capsule of a specific period in Cohen's career. But it also neatly illustrates the singer's personality in an accessible and compelling way. It's that rare concert doc that isn't for established fans only. Viewers may feel like they've been thrown into the deep end with Cohen and/or may not be immediately won over by rousing live versions of Cohen's (by-now) famous standards. But there's a lot of shrewd observations about Cohen spread throughout a lightning-quick 105-minute runtime. When you see Cohen try (and fail) to sing to his Jerusalem audience, you're seeing the artist struggling to stay on the ground. These aren't just performances for Cohen, they're his way of reconnecting with his art and self. It's a personal ritual, and that makes "Bird on a Wire" an essential part of Cohen's legacy. 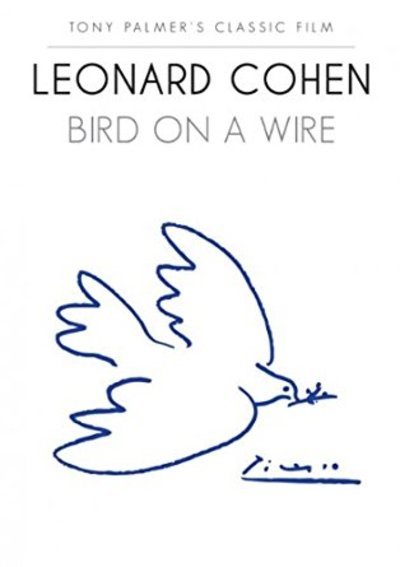