It is a unique recontextualization to watch footage of 9/11 with voiceover that doesn’t speak about the events solely as an American tragedy, but wonders how 15 Saudi Arabian citizens were groomed into becoming the instruments of such an abhorrent attack. The person asking here is Jamal Khashoggi, a Saudi journalist voiced by actor Nasser Faris in Rick Rowley’s documentary “Kingdom of Silence.”

For decades, Khashoggi had a privileged view of Middle Eastern geopolitics—especially Saudi Arabia-U.S. relations. He made his name covering the Soviet invasion of Afghanistan in the 1980s, which resulted in the rise of Osama bin Laden, and gained access to the highest royal circles. As his country transformed internally, the writer found himself dangerously conflicted between his loyalty to the monarchy and his integrity.

There’s not much formal inventiveness to speak of in “Kingdom of Silence” beyond the choice to have the narration exist in the first person. A standard collection of archival footage and talking-head interviews, including brief sections featuring Khashoggi in the flesh, introduce a group of experts and those who knew him personally (some are both at once). But that’s not to say that Rowley and editors Alexis Johnson and A.J. Edwards had a mundane objective. On the contrary, the equilibrium required to scrutinize global conflicts by way of a humanistic portrait takes careful stitching.

Khashoggi’s tragic story is one of guilt and ultimately courage to speak out against the very institution he had vehemently defended for decades. That’s a powerful character arc, the path from fervor to disillusionment, yet we learn minimal details about how that nationalistic pride was instill in him. There’s also no mention of his opinions on Saudi Arabia’s treatment of women or its penchant for capital punishment. It’s only when a king who doesn’t favor him takes power, Salman bin Abdulaziz Al Saud, that he dissents.

Nevertheless, there are concrete moments of regret for his part in promoting the Saudi-American military efforts, one related to the destruction of the Twin Towers by Al-Qaeda. A friend and admirer of Bin Laden during the Soviet-Afghan War—and responsible for taking the first photographs of the future terrorist—Khashoggi questions how evil corrupted his cause. Later, perhaps in search of atonement, he agrees to speak to families of those killed in the attack who want to prove Saudi higher-ups helped financed it.

Still, “Kingdom of Silence” is perhaps more damning towards the U.S. than Saudi Arabia. As the history of American interest in oil comes into focus, we arrive at an appalling, yet not shocking, conclusion: Horrific crimes are permissible by an undemocratic regime as along as it’s one that’s strategic. That's the sentiment that former diplomat David Rundell expresses. To him a single human life is meaningless in comparison to the value of the alliance with the Saudis. Disturbing barely suffices as a descriptor for such take.

Rowley also weaves in the Arab Spring that began in Egypt, and how the hope for change was thwarted through foreign involvement. In hearing some of the subjects speak, one can discern their colonialist agenda. They only speak about Middle Eastern nations and their government vis-à-vis how useful they are to the United States. As if leaders and revolutions were simply pieces to move around for the most satisfactory outcome for the West and its allies. Yes, it’s always been this way, but there’s something truly repulsive about hearing it out loud with such disdain for the lives of entire populations.

Eventually, Khashoggi becomes persona non grata for finally deciding to be critical of the human rights violations in his homeland on the pages of the Washington Post. This is particularly true in the eyes of the allegedly ruthless Mohammed bin Salman, Crown Prince and deputy prime minister of Saudi Arabia. What ensues would be considered a bad plot twist in a globetrotting crime action film, but here, in reality, it’s terrifying. With a lot of ground to cover, “Kingdom of Silence” wears too many hats. It’s a history lesson, a biography, and a true crime tale all at once because the parts are understandably inextricable, but more evenness in the distribution of time spent on each would have helped.

More than just an homage to Khashoggi’s life, what’s most notable about Rowley’s work here is how direct he is in calling out American hypocrisy through the interviews or the facts disclosed. In the end, it’s difficult to say which country the title is referring to. If you support a kingdom of silence, like the U.S. does, then you can’t claim to be entirely the opposite. 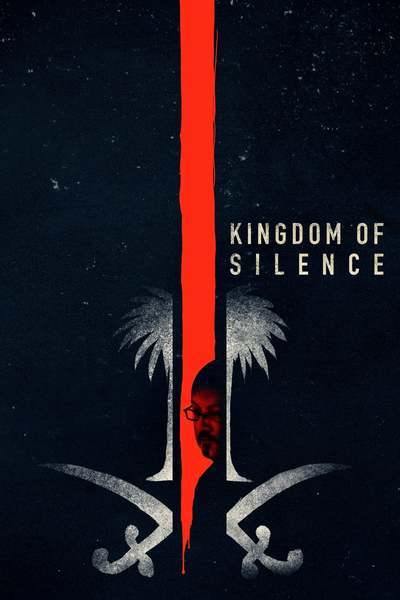 Jamal Khashoggi as Self (archive footage)