The most frustrating thing about the British prenatal horror movie “Kindred” is not that it’s impersonal, but rather that it’s not personal enough. There are flashes of lived-in tenderness throughout this paranoid thriller, which follows newly widowed Charlotte (Tamara Lawrance) as she struggles to remain in control of her body (and unborn child) despite the interference of her mother-in-law Margaret (Fiona Shaw) and her shy, smitten stepbrother-in-law Thomas (Jack Lowden). I was especially taken by the way that Margaret stammers and tucks her handkerchief into her sleeve, as well as Thomas’s oblivious smile, the latter being a typical expression of the character’s nature as an insecure people-pleaser (especially if those people are women).

While “Kindred” does sometimes feel true-enough to life—it was partly inspired by the real-life experiences of director Joe Marcantonio, his co-writer Jason McColgan, and (presumably) their respective spouses—it’s also so dramatically inert that each new narrative development feels like a slight variation on the last one. I know that watching Charlotte try and fail to escape her in-laws is supposed to be painful, but I didn’t get much out of watching her repeatedly slam her head into the same figurative wall, in the same metaphorical spot, and never really understand or advance beyond a very obvious thematic point.

Charlotte is often beholden to her equally un-nuanced relatives as they do things on her behalf, but against her will. She also has a history of mental illness on her mother’s side of the family, but it’s barely touched upon since Marcantonio and McColgan tend to focus on Charlotte’s distressing relationship with her in-laws. She’s always wobbly on her feet, and rarely given time enough to recover before another plot contrivance drives her back into Margaret and/or Thomas’ waiting arms. An unpleasant pattern of reciprocal (though clearly unbalanced) antagonism forms, and always for the sake of establishing—and re-establishing—a credible power struggle. Sometimes, being forced to assimilate into an abusive family is not only not in your best interest, but also not easy to leave behind.

Charlotte seems to know this from the start of “Kindred,” which is probably why she and her late husband Ben (Edward Holcroft) tried, before his accidental death, to flee to Australia. Margaret, naturally, dislikes this idea, and protests unambiguously: “You're not stealing my own flesh and blood to the other side of the planet.” Margaret talks like this even when Shaw’s periodically wobbly tone suggests that her character really doesn’t want to be mean. Still: Margaret is a domineering villain, the kind who’s defined not only by her insidious actions—she sells Charlotte and Ben’s house while Charlotte recuperates from various physical stresses—but also her obnoxious dialogue, like when Margaret says that she “really envies” Charlotte’s pregnancy, or when she says that Ben, a white man, always “loved animals. He was always chasing after them, whether they liked it or not.” Charlotte is Black, by the way, so Margaret’s motives are a little too plain.

Thomas, on the other hand, is at least pathetic enough to be believably monstrous. Like his mother, Thomas tries to excuse his overbearing actions—like preventing Charlotte from looking after herself or leaving Margaret’s estate—by pretending that he’s only looking out for his stepsister-in-law. Thomas is typically defined by his fumbling omnipresence and general refusal to let Charlotte come to him when she needs help. He’s also neatly buttonholed by this line: “I'm not trying to do anything weird like replace [Ben], or anything like that ... but I am here for you. And the baby. I'm here for you." The more he talks, the less convincing he seems.

Eventually, the gauntlet of emotional violence that Charlotte is made to submit to stops being nod-along sympathetic, and becomes actively irritating. The obstacles in her path are unassailable, but well-marked enough that you really have to want to care about the inevitable cycle of violence and frustration that it’s meant to represent. Lawrance’s performance is also noteworthy, but her character is rarely shown interacting with her captors in a way that’s meaningful enough to make Charlotte’s story more tragic than sad.

There is, however, an exceptionally touching scene later on in “Kindred,” one which speaks to the movie’s general lack of emotional nuance: Charlotte and Thomas play a short piano duet together. The camera focuses on the actors’ hands and their faces while their characters play, and for a moment, Charlotte and Thomas’ pained relationship makes a little more sense. But as the scene winds down, you realize that you’re stuck watching another fictional missed connection whose ostensibly tragic nature is overstressed by its creators’ contrapuntal sampling of “Clair de Lune.” It’s easy to feel powerless in the face of apparent horror, but it’s much more difficult to admire trite miserablism for its own sake.

Now playing in theaters and available on VOD 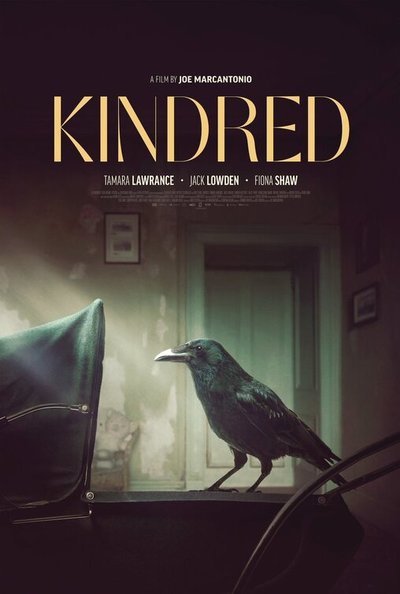