Tommy Walker and Ross Hockrow’s documentary “Kaepernick & America” is a haunting reminder of this country’s racial plight. The film explores the life of Colin Kaepernick, former NFL quarterback and activist, as he took a stance against racism and police brutality. Kaepernick, like Tommie Smith and John Carlos before him, became a symbol of racial injustice when he took a knee during the national anthem, starting during the 2016 NFL preseason.

I’m not a football fan. But I am a Black man, and I am Colin Kaepernick. As he is me, as we are Philando Castile, George Floyd, and countless others. As a community, it’s incredibly difficult to ignore the death of another Black person because it’s a reflection of us or someone we know. "When Trayvon Martin was first shot, I said that this could have been my son," President Barack Obama famously said. "Trayvon Martin could have been me 35 years ago." Colin Kaepernick carried the world on his shoulders as he knelt, and society punished him for it.

“Kaepernick & America” explores the duality of colorism and the limitations of respectability politics; it also depicts Kaepernick’s early fall from grace within the eyes of conservative fans, as he faced criticism for his appearance. Coded language used by anchors and other spokesmen to describe Kaepernick’s appearance felt like an attack on his blackness. We see the fall from grace steadily approaching as Kaepernick further identified with his African-American heritage from his pro-Black Instagram posts to the style of his hair. Kaepernick is yet another example of the public castration of politically conscious Black celebrities.

Although the doc approaches this topic well, it fails to stick the landing. Kaepernick is no longer involved in the conversation he started, and this documentary is an example of why. He didn’t feel like a character but an ideal. Like many documentaries, the interviews start to become an interruption of Kaepernick’s actions instead of offering insight into them. This outsider interview format is beneficial in the beginning as the audience is reintroduced to Kaepernick, and when revisiting the events of the protest, but detracts when trying to explain the legacy of Kaepernick’s actions, a story still being written.

The end of the film is like a last-minute desperate attempt to appease a white audience. It’s as if the documentary wasn’t allowed to be released unless the cultural impact of racism was tied up nicely with a bow. Kaepernick’s protest was not a warning of what was to come as much as a pronouncement of what was already happening. It was an expression of frustration about the habitable killings of Black people by the police, a problem which has plagued African-American communities for generations. But even if it’s all a bit too tidy, this documentary about Kaepernick is valuable for reminding viewers how far we still have to go. 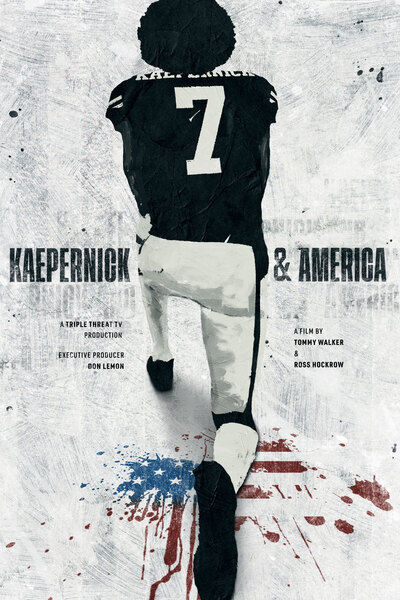