into the Dark: All That We Destroy

“Into the Dark: All That We Destroy” is a great example of a genre movie with interesting ideas but a lack of ability to tie them together into something that works as entertainment. Hampered by weak dialogue and stilted performances, “All That We Destroy” takes one of the most ambitious concepts in this series to date and fails to dig into its themes in a way that pulls them all together. In some ways, it’s even more frustrating than the total disasters that have marred this series because it feels like a rewrite or two and some stronger direction could have made this work. As is, the politest thing one can say about it is that it’s not your typical streaming horror movie.

One reason for that is that “All That We Destroy” has a sci-fi angle. Dr. Victoria Harris (Samantha Mathis) has perfected cloning, and she’s using that skill to a very unusual end—to create victims for her sociopathic son Spencer (Israel Broussard) to murder. Happy Mother’s Day! The thinking is that Dr. Harris will create these clones for Spencer to kill whenever he has the “need” to do so, keeping him from actually murdering innocent “real” people. It’s not quite working though, because Spencer isn’t getting the same thrill that he got the time he actually killed a woman named Ashley (Aurora Perrineau), which we see in disturbing flashback. Is there something embedded in the sociopathology of a serial killer that can’t be recreated without a real victim? It’s an interesting question that's only superficially asked here.

“All That We Destroy” then moves on from its house of genetic horrors and introduces us to another player, a neighbor named Marissa (Dora Madison), who becomes inexplicably close to Spencer. Spencer is clearly off-kilter with his monotone speech pattern and dead eyes, giving us no logical reason for Marissa to get close to him other than the film needs a human victim. The arc of her character, despite Madison’s solid work, is infuriating, especially the way it unsatisfactorily ends. It’s almost as if “All That We Destroy” was written as a short film with just a doctor, clone, and sociopath, but they needed to add a love interest when it became a feature.

That may be when they added Parker (Frank Whaley), Spencer’s dad, who we only see in truly bizarre virtual reality conversations with Spencer’s mom. Are the writers saying something by not having Spencer’s father there? (There’s certainly an interesting subtext unexplored in the idea that Dr. Harris sequestered her son at too young an age and may have actually fed or even created his demons.) Or could they just not get Frank Whaley on set? Whatever the reason, these scenes are horrendously written and acted, just ways for the film to explain its plot and themes a little more bluntly.

The biggest problem with “All That We Destroy” is that it’s not scary or thrilling in the slightest. We never really care about Spencer or his mom because they’re so thinly developed. A more daring version could have turned either into an obvious villain, someone to root against and a way for us to feel invested in the story. Instead, the clones become the most interesting characters—in no small part because Perrineau gives the best performance (I think she’s the first “Into the Dark” repeat, having been solid in the premiere, “The Body”). As Ashley becomes more and more human, the actual flesh and blood characters get less and less interesting until the whole thing collapses by the final scenes. Hopefully, Father’s Day is more fun. 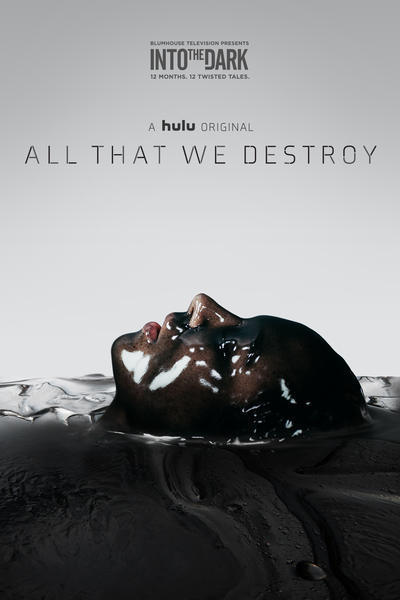