A movie with a don't-think-too-hard-about-this premise can work if it sustains its own logic. It doesn't have to hold together in our world, so long as we believe it will hold together in theirs. But "Inheritance" is the case of a film that's so full of holes, it was likely recut from an earlier version and not quite stitched back together. Still, it just qualifies as watchable due to its nutty premise, sumptuous settings, and a couple of dynamic confrontations.

Archer Monroe (Patrick Warburton), a powerful and wealthy man, dies suddenly. At the reading of the will, his also-powerful son and daughter learn that they have not been treated equally. He left $20 million to his son William (Chase Crawford), a Congressman in a tight race for re-election. But he left just $1 million to his daughter Lauren (Lily Collins), a New York District Attorney known for prosecuting the powerful and wealthy, meaning people like her father. In flashbacks we see Lauren arguing with Archer; he wanted her to work for a prestigious law firm and make a lot of money representing Wall Street tycoons. He says her District Attorney job was beneath her, dismissing her as just a "public servant," even though at the time of his death she is taking the lead role in a huge case against a high-profile Wall Street crook. "Victims and families have always been my only concern, not bankers and brokers," she tells a crowd of reporters shouting questions at her in the lobby of the courthouse.

The family has a mansion in the country referred to as the "summer house" and, in Bruce Wayne-style, "the manor." Lauren has the typical movie-signifiers of discipline and toughness: we see her running through Central Park; she wears severe, dark suits, her hair in a tight bun, with bright red lipstick; she is cool under pressure and not rattled by aggressive questions from reporters, at least until one of them informs her that her father has died. And when she learns the terms of the will, she assures her husband that she is not surprised or bothered.

But then the family lawyer (Michael Beach) takes Lauren aside to tell her Archer left her something else, an envelope with a key and a thumb drive. In a video message, Archer is clearly uncomfortable, and uncharacteristically apologetic. He suggests that what the key will unlock is a mess he was unable to clean up. He urges her to make sure "the truth will stay buried."

The key unlocks a door in a remote part of the estate, and leads to a creepy underground hideaway. (I always wonder, in movies like this, about the contractors who were brought in to build it and what they were told and how they were kept quiet.) Inside, through a dim corridor, is a prison cell, with a scrawny, unshaven man (Simon Pegg) with a haystack of hair, shackled to the wall with a neck harness. He says his name is Morgan Warner. He promises to tell Lauren his story if she will bring him steak and key lime pie. (The significance of the pie becomes one of the movie's weirdest details.)

Then follows a lot of unnecessary padding, with various revelations about Archer's past and why he could not let Morgan go. Will there be both a key trial appearance and a child's recital for Lauren to miss while she tries to figure out what to do with Morgan?

Collins is a talented and appealing performer, but her choices of roles have not always played to her strengths. She appears lost and waif-like when Lauren is supposed to be calculating, and she does not deliver the threats with the necessary implacability. In fairness, Lauren is too inconsistently written to work as a character. The same goes for Pegg, who is game but unable to make Morgan as compelling as he needs to be. And the film wastes some of its strongest assets by not giving enough time to Connie Nielsen as Lauren's mother or Crawford as her brother.

In a flashback, Archer tells Lauren that in chess, and in life, "it's not about where you are. It's about where you will be in ten moves or ten years." First-time screenwriter Matthew Kennedy should have taken that advice, but instead gives us a script that didn't think past the trailer. 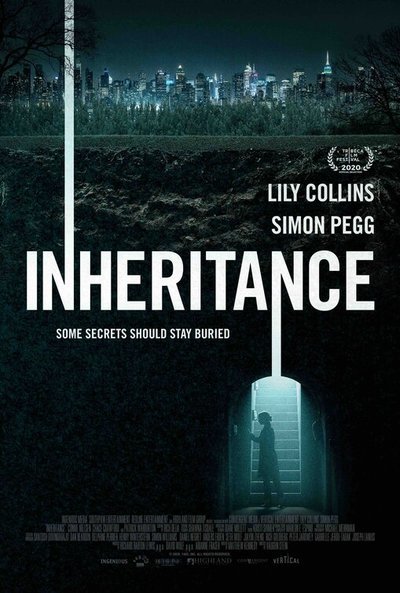